SEOUL, Sept. 10 (Yonhap) -- Samsung Electronics Co., the world's largest manufacturer of smartphones, on Saturday urged local users of its Galaxy Note 7 to stop using the phablet as the company is recalling its flagship smartphone due to a battery problem.

In an online statement, Samsung said Galaxy Note 7 users are advised to visit its service centers nationwide to exchange their phones for other Samsung smartphones before receiving a new Galaxy Note 7 with a safe battery from Sept. 19.

Earlier this month, Samsung Electronics announced an unprecedented global recall of its Galaxy Note 7 after several of the phablets caught fire while charging. The company promised to offer new replacements to all buyers at home and abroad.

Samsung apologized for the recall, saying that its investigation has found the fires were caused by faulty battery cells.

Meanwhile, a U.S. product safety agency said Friday that it urges all Galaxy Note 7 customers to power them down and stop charging or using the devices.

The U.S. Consumer Product Safety Commission (CPSC) said it is working with Samsung Electronics to formally announce an official recall of the devices as soon as possible.

The Commission also said it will determine if a replacement Galaxy Note 7 is an acceptable remedy for Samsung or their phone carriers to provide to consumers. 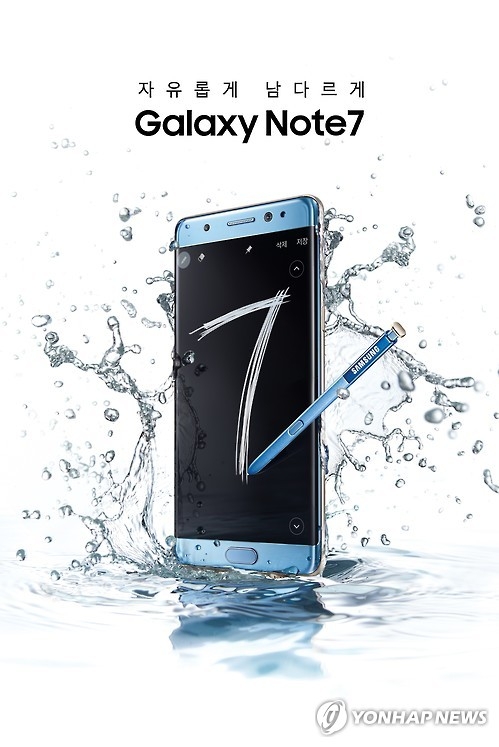 Galaxy Note 7 users advised to stop due to fire risk

Galaxy Note 7 users advised to stop due to fire risk