"The South Korean nuclear research group, composed of about 10 North Korea, security and nuclear specialists, was launched in early September," Cheong Seong-chang, a North Korea researcher at the Sejong Institute who represents the think tank, told Yonhap News Agency. "The members plan to have in-depth discussions on how South Korea could develop its own nuclear weapons and find common ground and share their knowledge on the issue."

The group is the first known South Korean think tank on the nuclear armament issue whose launch comes amid North Korea's accelerating nuclear and missile threats. 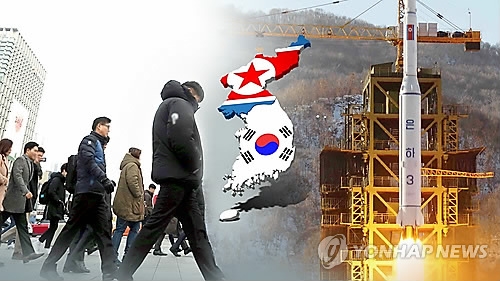 The think tank's launch coincided with growing calls for South Korea's own nuclear weapons program in the face of growing nuclear threats from the North.

Won Yoo-chul, a representative at the ruling Saenuri Party, argued in a statement issued after the test that "Only nuclear weapons could be an effective deterrence against nuclear weapons," urging the government to push for nuclear armament.

But a South Korean government official denied any move for nuclear armament, reconfirming its stance of denuclearization of the Korean Peninsula. 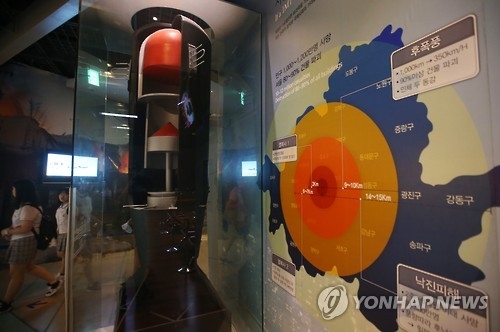 It would also weaken the grounds for South Korea's calls to denuclearize North Korea, they said.

As a middle ground, redeployment of U.S. tactical nuclear weapons in South Korea could be one option, experts claimed.

All U.S. tactical nuclear weapons were removed from South Korea in a joint Seoul-Pyongyang declaration in 1992, which was signed to make the Korean Peninsula free of nuclear weapons.

"Deploying tactical nuclear weapons again in South Korea could have the effect of shortening the response time (after being attacked), as well as the symbolic meaning that any nuclear attack will be retaliated with a nuclear weapon," one military official said.

"We plan to steadily increase our membership to about 20 people," Cheong of the Sejong Institute said, adding, "We are also considering publishing a book that outlines various opinions on the nuclear armament issue." 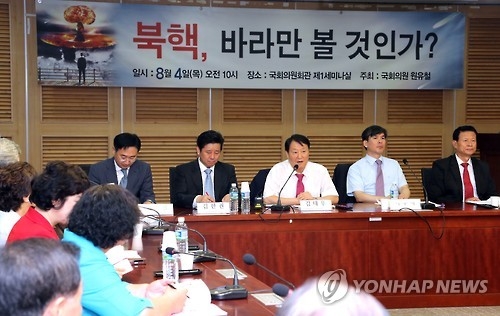 North Korea's fifth nuclear test has proved the clear limits of the international community's sanctions on North Korea in denuclearizing the country, he said.

"South Korea should not stick to the sanctions approach whose effect is very limited. Instead, the country should show off to North Korea that Seoul, the world's sixth largest nuclear energy power, can outpace Pyongyang in the nuclear weapons front," according to the expert.

Kim Tae-woo, a former head of the state-run Korea Institute for National Unification and a member of the new think tank, said the research group plans to provide the result of their discussion to the government.