SEOUL, Sept. 11 (Yonhap) -- The South Korean government will use every diplomatic and military measure to deal with North Korea's repeated provocations including its fifth nuclear test and violation of U.N. Security Council resolutions, a senior presidential advisor said at a briefing on Sunday.

It is notable for the presidential office to directly comment on "military" measures.

"It means that we are studying every possible countermeasure such as a new United Nations resolution, strengthening the defensive capability of the Korea-U.S. military alliance including the deployment of THAAD (U.S. Terminal High Altitude Area Defense system) and the American nuclear umbrella," explained an official at the office.

Explaining the conversation between President Park and U.S. President Barack Obama on Friday, Kim said "President Obama made it clear that the U.S. will take actions to protect South Korea from North Korea's provocations by deploying every possible means such as the nuclear umbrella and conventional weapons, based on the Mutual Defense Treaty."

The secretary also emphasized what he said was a swift diplomatic channel firmly put in place between the two allies. "President Park had an emergency phone conversation with President Obama who was flying over Anchorage," he said.

On the recent summit meetings with Chinese and Russian leaders, he said the leaders must have formed a consensus on the increasing threats posed by Pyongyang as a statement by the U.N. Security Council was able to be quickly adopted to condemn North Korea's launch of three ballistic missiles with the two leaders' quick endorsement.

"North Korean leadership should realize that its fanatic obsession with nuclear and missiles, while ignoring the dire livelihood of its people, will only make it internationally isolated and economically deprived, which surely leads to self-destruction," Kim said.

He introduced the comment by New Zealand's Prime Minister John Key made at the East Asia Summit held in Laos that North Korea is a "ticking bomb" that nobody knows when it will blow off and that every possible measure should be put on the discussion table to remove its nuclear program. 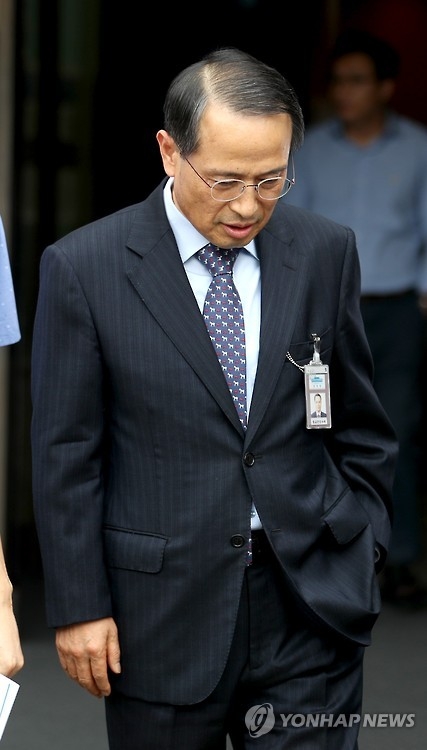 All diplomatic, military measures will be used to deal with N. Korean nuclear issues: presidential office

All diplomatic, military measures will be used to deal with N. Korean nuclear issues: presidential office