"There is no change in the government's position on a nuclear-free Korean peninsular," a presidential official said in a phone conversation with Yonhap News Agency. "The reports are not true."

Another official said "The American nuclear umbrella doesn't mean deploying nuclear weapons on the Korean peninsula...It means an expansion of nuclear deterrence in the face of North Korea's threats, by deploying every possible means including American nuclear capabilities."

At a press briefing on Jan. 13, right after North Korea's fourth nuclear test, President Park Geun-hye said "We have made our promise to the international community. If we do so (develop our own nuclear arsenal), we will break that promise."

"Nuclear weapons shouldn't exist on the Korean peninsula," she said. 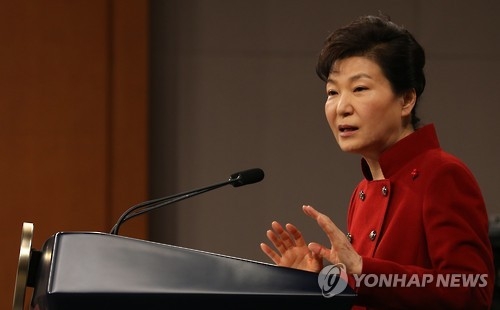