"I think North Korea under Kim Jong-un is clearly a concern and needs to be an international concern because they continue to develop their nuclear capabilities with the test that was just done last week," Brennan said on CBS' "Face the Nation."

"But their continued development of missile capability, marrying up those nuclear devices or warheads with ballistic missiles that can reach great distances, is a cause of concern not just for the East Asia region but also for the United States," he said.

In June, the CIA chief said the North's nuclear program is one of the top "blinking-red" problems that should be highlighted at an intelligence briefing for the next U.S. president, along with cyberthreats and terrorism.

"Proliferation is something that we cannot forget about, which is brought into stark relief by the activities of North Korea and Kim Jong-un, and the continued development of his nuclear program and ballistic missile capability," he told a Senate Intelligence Committee hearing.

The North carried out its fifth nuclear test on the country's founding anniversary Friday, just eight months after its fourth test in January, the first time the regime has conducted more than one nuclear test in a year.

The latest test was the most powerful of the five conducted by the North, with its yield estimated at 10 kilotons of TNT, compared with January's 6 kilotons, according to South Korea's military. The powerful yield demonstrates the regime's nuclear program is making real headway.

Analysts have warned that it is only a matter of time until the North develops nuclear-tipped missiles. Some experts have recently warned that the communist nation's nuclear arsenal could expand to as many as 100 bombs by 2020. 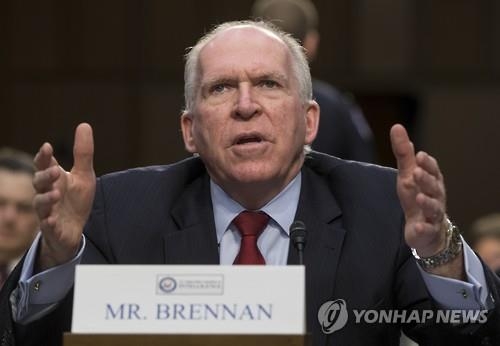