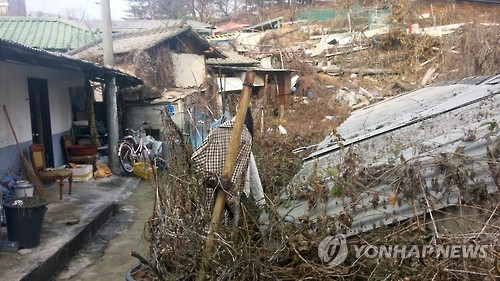 In the last survey conducted five years ago, 117,115 households had lived in such conditions. In the new survey, the number jumped to 364,131.

Housing penetration rate measures the ratio of number of households to the number of housing available. The rate reached 101.9 percent in 2010 and rose to 103.5 percent in 2014. The latest survey results indicate that the rate increase is due to people owning a multiple number of homes, while the housing conditions for the poor have not improved.

Single-person households accounted for 43.5 percent of those living in makeshift arrangements. Close to 70 percent of such households lived in motel rooms or other forms of accommodations.

Gyeonggi Province, adjacent to Seoul, had the highest number of households in irregular housing, followed by the capital city of Seoul.
(END)