About 6,400 employees of Kelti Group's Chinese branch will arrive in the southwestern port of Yeosu in two groups on Tuesday and Sunday aboard a 14,000-ton cruise ship as part of the group's incentive program, the Korea Tourism Organization (KTO) said. 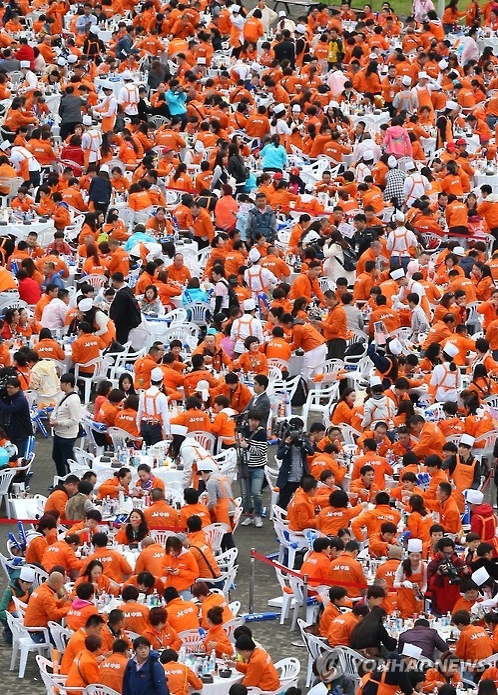 Departing from Shanghai, the travelers will visit Yeosu, 455 kilometers south of Seoul, and then head to Japan's Fukuoka, during the six-day itinerary, the KTO said.

Yeosu city said it will host a welcoming event upon the arrival of the first group on Tuesday, which will visit an aquarium, an old palace, a traditional market and other tourist attractions in the coastal city.

"A total of 820 cruise ships will enter the local port this year, which is expected to bring over 1.5 million tourists to South Korea," said Park Irak, the KTO's marine tourism director. "We will step up efforts to attract more foreign cruise travelers."

A total of 1.18 million cruise travelers visited South Korea as of end-July, up 152 percent from a year ago and already surpassing 2015's 1.05 million, the KTO said.