SEOUL, Sept. 12 (Yonhap) -- South Korea's direct investment in China has dropped for the past decade due to increased labor costs and reduced incentives for foreign firms there, a report showed on Monday.

According to the report compiled by the Federation of Korean Industries, the largest business lobby with the top 600 firms in South Korea under its wings, the country's direct investment in China, the world's No. 2 economy, reached US$2.85 billion last year, a sharp drop from its peak at $5.44 billion in 2007.

The number of newly established South Korean firms in China sank to 700 last year from 2,300 in 2006, the report showed. 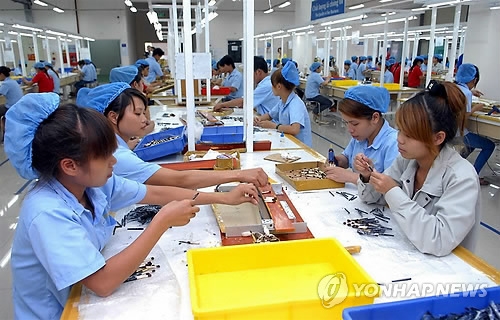 The report said other nations' direct investments in China are also showing signs of a slowdown with a rise of only 6.8 percent in 2015, decelerating from a 7.8-percent on-year growth the previous year.