SEOUL, Sept. 12 (Yonhap) -- South Korean actor Lee Jong-suk met with his fans in Seoul amid the rising popularity of his latest drama, "W," his agency said on Monday.

The 26-year-old actor beamed at some 3,000 fans from home and overseas during the meet-and-greet event at Olympic Park in southeastern Seoul on Saturday, YG Entertainment said in a press release.

Lee kick-started the event by singing the popular ballad "Eat" by South Korean rapper Zion.T, drawing cheers from his fans.

The actor said he took up the role in "W," a sci-fi romance series on television broadcaster MBC, because he wanted to "show a new and distinctive character with much room to show off his acting skills."

Lee has been playing the cartoon hero Kang Chul, who goes back and forth between the real world and the virtual world of the cartoon of the same name. Actress Han Hyo-joo, the heroine, plays the daughter of the cartoonist who created Kang. 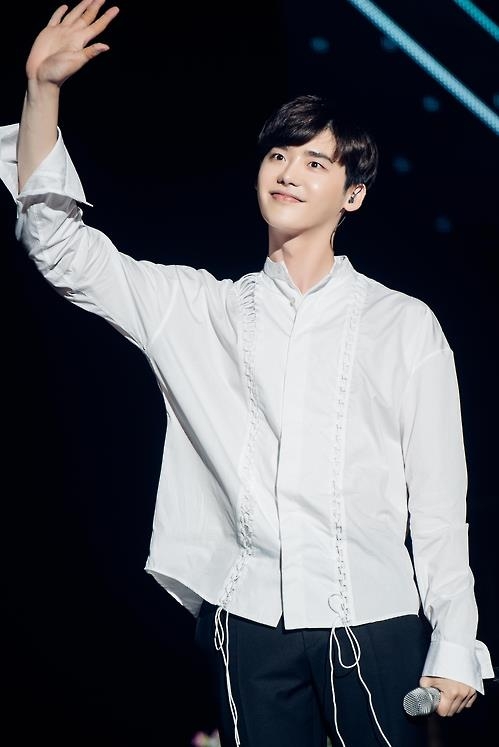 The actor appeared jovial as he told fans that though there were not many lines for him in the first two episodes, they soon overwhelmed him in amount and complexity.

Another challenge was the speed of his delivery, as the author who wrote the scenario demanded that he speak fast like the Sherlock Holmes character in British television show "Sherlock." To meet the request, Lee focused on thorough memorization and quick articulation.

The actor did not offer any revelations about the ending of "W," yet suggested that the show will still have a beautiful aftereffect even when it comes to an end.

"W" will conclude its 16-episode run on Wednesday, which happens to be Lee's 27th birthday. 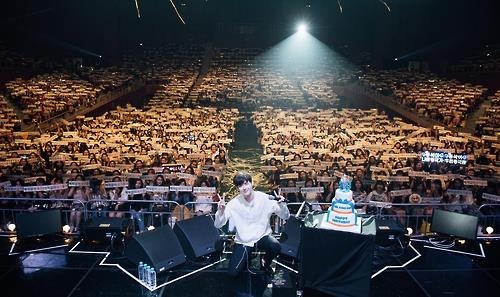