The number of home transactions came to 98,130 in August, up from 94,110 tallied over the same month last year, according to the Ministry of Land, Infrastructure and Transport.

The total number of transactions has been on a steady rise since February when it dropped to 59,000, following tightened bank loan guidelines aimed at cooling down a heated local real estate market.

From a month earlier, the August figure also marked a 2.7 percent increase.

Home transactions in Seoul and its surrounding areas continued to increase leading the overall transaction cases, gaining 13.8 percent to 57,000 from the same month last year. Numbers for provincial regions fell 6.5 percent to 41,000.

The renewed boom in the local real estate market has fueled concerns over the country's household debt that reached an all-time high of 1,257.3 trillion won (US$1.13 trillion) as of end-June.

The South Korean government has been trying to boost the property market to stimulate the economy by removing financial and administrative hurdles to encourage people to borrow money. In line with this goal, the central government has also kept its policy rate at a record low of 1.25 percent for months. 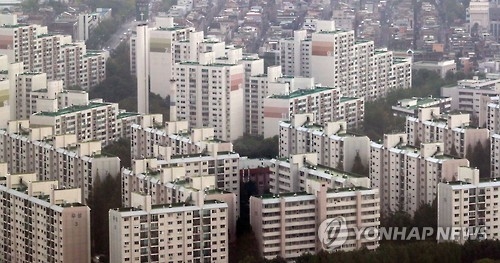