SEOUL, Sept. 12 (Yonhap) -- Prime Minister Hwang Kyo-ahn on Monday warned that North Korea's pursuit of nuclear arms would hasten its demise, vowing to mobilize "all possible means" to pressure it into renouncing its nuclear program.

During a meeting to help Sejong Special Self-Governing City, Hwang also said that Pyongyang's nuclear development is "reckless violence" that puts the fate of all Koreans in jeopardy.

Hwang's warning came three days after Pyongyang carried out its fifth and most powerful nuclear test.

"I clearly warn North Korea that its fanatical development of nuclear arms and missiles would become the poison that would hasten the destruction of its regime rather than consolidate it," the top policymaker said.

"The government, in close cooperation with the international community, will mobilize all possible means and do its utmost to create an environment in which North Korea cannot help but give up its nuclear program," he added.

The prime minister, in addition, called for national unity in coping with escalating North Korean threats.

"Particularly at this juncture, the whole of society should be united to ensure that Pyongyang will not make any misjudgments," he said. 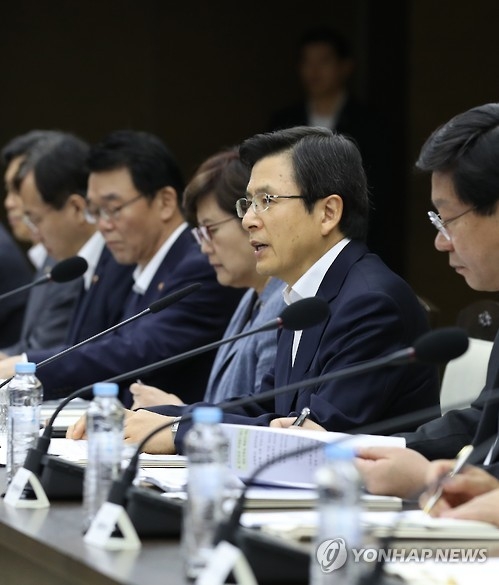