Outbound shipments totaled US$13.5 billion from Sept. 1-10, down from $14 billion tallied over the same period last year, according to the Korea Customs Service (KCS).

Exports of semiconductors fell 5.2 percent on-year, and those of cars plunged 30.8 percent over the 10-day period, offsetting a 19 percent gain in ships and an 8 percent rise in auto parts.

The latest figure seems to throw a cold blanket on a slight upbeat mode in August when the country's exports rose 2.6 percent to snap their 19-month-long losing streak.

More than half of Hanjin carriers and their cargo abroad have been stranded at seas as lashing service firms and port workers refuse to work for the embattled shipper on concerns that they won't be paid. 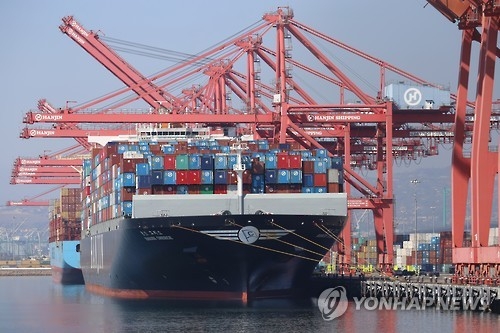