SEOUL, Sept. 12 (Yonhap) -- South Korea rolled out a package of measures Monday to effectively treat and prevent cancer, the leading cause of death in the country, by providing free checkups to heavy smokers and other financial aid to cancer patients in low income brackets, the health ministry said.

The comprehensive plan for the next four years was finalized in a meeting of the National Cancer Control Committee under the Ministry of Health and Welfare. 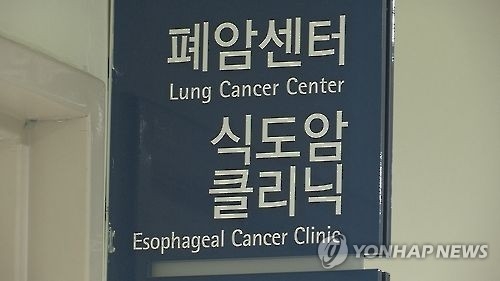 Under the plan, the ministry will provide free CT scans during checkups to a total of 8,000 people between 55 and 74 years of age who have smoked about one packet of cigarettes per day for over 30 years.

The government conducts nationwide checkups for people over 40 every two years free of charge. People under 40 have to pay for such checkups.

For every 100,000 South Koreans, 193.7 died from cancer in 2010. This is less than the average of 211.6 cancer deaths among member states of the Organization for Economic Cooperation and Development (OECD).

For cancer patients in low income brackets, the government will provide up to 2 million won (US$1,800) for treatment over a period of three years, ministry officials said.

"The comprehensive measures were arranged to improve a cancer patient's quality of life and improve the government's ability to manage cancer," said a ministry official. 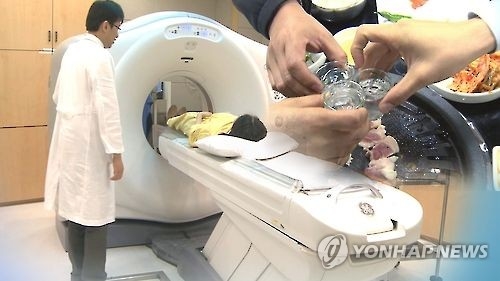 As part of efforts to reduce the mortality rate of various types of cancer, the government will also provide financial aid for further examinations.

Follow-up checkups will be available for liver, breast and cervical cancer, officials said.

South Korea was ranked the fifth-lowest country in terms of cancer mortality rate among the OECD members.

The government also announced support measures for some 1.37 million cancer survivors, such as setting up a support center to help them both physically and psychologically.

The ministry said it will provide hospice support for terminally ill patients, aiming at 25 percent of such patients using the service by 2020.