"Dancing King," the 32nd song release on the channel "Station," was produced in collaboration between MBC TV's variety show "Infinity challenge" and S.M. Entertainment. The song was revealed at EXO's stage at the Impact Arena in Bangkok, Thailand, on Sunday ahead of its official release on the channel at 8 p.m. this Saturday.

The exciting dance song shows off the chemistry of brass sounds and samba rhythms, with the collaborating artists' strong vocals on top. The lyrics, dedicated to those worn out from daily life, send them a message to forget about everything for once and dance.

Their performance in Thailand and the music-making process are to be shown during the TV show. The song will be available right after the show ends on Saturday with all sales profits to be donated. 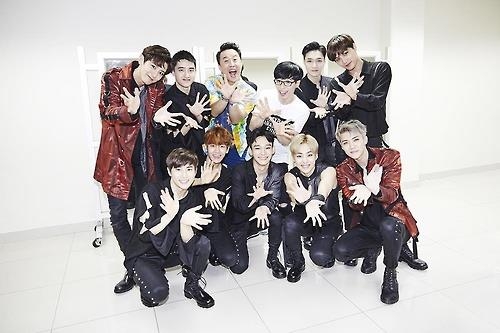