The idea of purchasing additional stealth fighters was floated by the military amid escalating nuclear threats posed by North Korea. The jets are hard to detect, allowing them to operate in well-defended airspace not accessible by non-stealth planes. This capability can allow such planes to destroy command and control centers and wipe out the North Korean leadership.

"As North Korea appears to have enhanced its nuclear and missile capabilities in recent years, we are mending our existing wartime strike programs against the North," a military official said.

Pyongyang has conducted two nuclear tests this year alone after detonating three other devices since 2006. It has also test-fired a series of missiles, including a submarine-launched and intermediate range ballistic missiles. 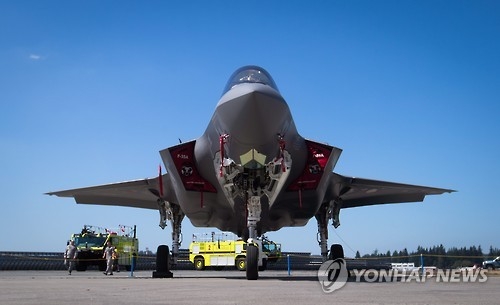 In 2013, the military decided to buy 40 F-35A fighters to deploy between 2018-2021 as part of its restarted fighter procurement project. Back then, it said 20 additional warplanes could be purchased later depending on the security environments on the Korean Peninsula.

The F-35A is the fighter's air force variant. The F-35B is a short takeoff and vertical landing variant for Marines and the F-35C is an aircraft carrier-based version.