SEOUL, Sept. 12 (Yonhap) -- A state-run South Korean modern history museum on Monday launched a special exhibition to commemorate the historical legacy of the South Korea-U.S. alliance that led to both burgeoning cultural and social awakenings.

The National Museum of Korean Contemporary History highlighted the half century of friendship between the South Korean people and the U.S. Peace Corps Volunteers (PCV), an overseas volunteer program for enhancing the social and cultural environments of developing countries.

The special exhibition "Beautiful Journey, Endless Friendship," which runs through Nov. 20, displays a total of 542 pieces in its archives, including journals and hand-written notes, and 1,236 pieces of cultural works and photographs of the U.S. volunteers who served from 1966 through 1981. Some of the recent displays include interviews with volunteers who visited what is now Asia's fourth largest economy between 2012 and 2015. 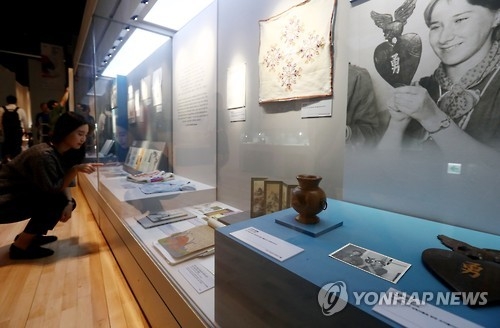 The exhibition is divided into three sections: the PCVs' arrival, life in the Asian country and the lasting friendship.

The first section shows that South Korea-U.S. cooperative ties, from which the PCV stemmed, began with U.S. missionaries who came to teach English in the late 19th century.

After the Joseon Dynasty (1392-1910) opened up its ports, many missionaries from the Western hemisphere came to Korea to spread its culture, religion and ideology. Then followed liberation from the Japanese colonial rule in 1945 and the outbreak of the Korean War (1950-1953). 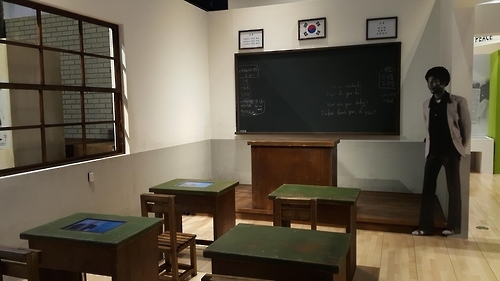 American volunteers participated in the two-year program for various reasons, some of them being an "opportunity for self-sacrifice and the realization of American ideals," a "desire to learn about a different world and a different culture," and means to "avoid the draft as a protest against the Vietnam War," according to the written interviews displayed in the exhibition.

Before entering the overseas mission, the volunteers received three months of intensive training. In those months, participants learned about South Korean customs and its language, as well as Korean lifestyle, how to use chopsticks and the traditional "squat" toilet. During the language courses, the volunteers learned some of the most frequent expressions among international visitors in Korea, such as "I will go later," "I'm very angry," "How long does it take" and "natural hair." 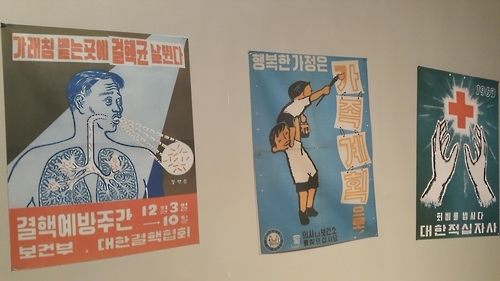 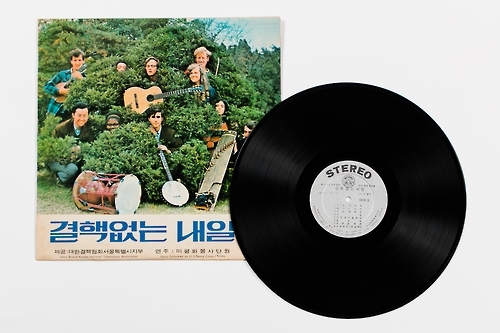 "These experiences often changed their outlook on life and the world, giving them a huge turning point in their lives," a curator of the exhibition said.

The PCVs' areas of service began with English and modern education, which gradually expanded to health programs such as children's care, campaigns emphasizing hygiene and combating tuberculosis, and special clinical sessions for people with visual and hearing impairments.

The participants lodged in local host families' houses and received between 5,000 won and 20,000 won (US$4.50-17.90) for monthly living expenses. Some who failed to adapt themselves to the new culture went home early. The rest stayed, eating and living like locals.

"It is true Korean schools were quite different from American schools. In Korean schools, one class had about 65 to 70 students, and they were not called by name but by number, like 'No. 22, stand up,'" Joan Lagay, a PCV participant in Korea from 1970 to 1972, recalled in her written interview.

Sometimes the PCV were confronted with problems that they had not expected. Judith Clancy, a volunteer from 1967 to 1969, reminisced that she brought tuberculosis shots to a Korean village for the first time, only to find that there was no refrigerator in the region. When her medical team's treatment did not work well, local shamans came around and stayed with the patients allegedly to dispel the bad spirits. 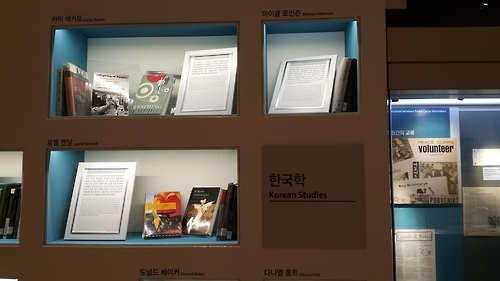 The third section portrayed the legacies of the PCV program. After nearly 2,000 PCV-affiliated members served in Korea between 1966 to 1981, some of them created "Friends of Korea (FOK)" in 2002 to continue promoting cultural exchanges and friendship between the two nations.

Years in South Korea inspired many of its participants including Kathleen Stevens, who changed her university major and returned to the Asian country as a U.S. diplomat. Some others became leading U.S. scholars of Korean studies, including Korean history, literature, sociology and art. The exhibition displays some of these scholars' works, such as "Offspring of Empire," by Carter Eckert, "Korean Shamanism" by Laurel Kendall, and a Buddhist painting by Brian Barry.

Some participants became engrossed in the globalization of Korean "samulnori," or a Korean traditional percussion performance, and hanok, or Joseon-era style residences.

"The exhibition was organized to shed light on the (U.S.) volunteers' service and what it meant to the developing Korean society," said Kim Sun-mi, curator at the exhibition. 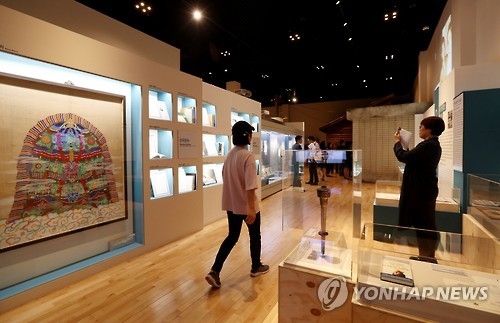 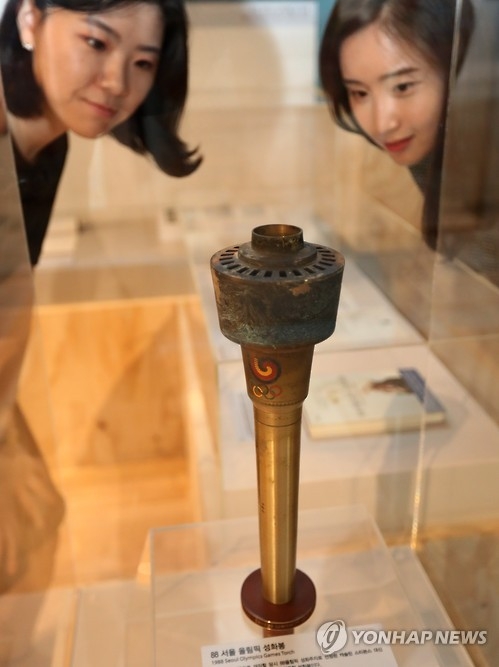