Seoul, Sept. 12 (Yonhap) -- KBS 2TV's new weekend drama "The Gentlemen of Wolgyesu Tailor Shop" got off to a good start with a double-digit viewership.

According to Nielsen Korea, a TV ratings tracking firm, the series garnered 30.2 percent nationwide and 27.6 percent in Seoul for the episode aired on Sunday. The ratings are high for Saturday-Sunday soap series.

The drama started off with 22.4 percent for its first episode on Aug. 27. For the five episodes that followed, viewership hovered over 22 percent and went over 30 percent for the sixth episode yesterday.

The family drama centers around four men, with their own trials and tribulations, who gather and start working together at a worn-down tailor shop on the verge of running out of business.

Its fast-paced and comical plot development, together with fine acting by Cha In-pyo and La Mi-ran, playing the lead married couple, and other supporting characters are credited with capturing the interest of the viewers.

At this rate, the drama is expected to soon surpass the achievement of "Five Enough," the previous drama aired at the same time slot that reached 34.6 percent at its highest and recorded an average of 29.1 percent.

Meanwhile, the dramas that were aired yesterday at the same time slot on other networks, MBC's "Blow Breeze" and SBS's "My Gap-soon" rated 13.6 percent and 6.4 percent, respectively.

"The Flower in Prison," a historical drama series on MBC, rated 21.3 percent and "The Second Last Love" on SBS rated 9.0 percent yesterday. 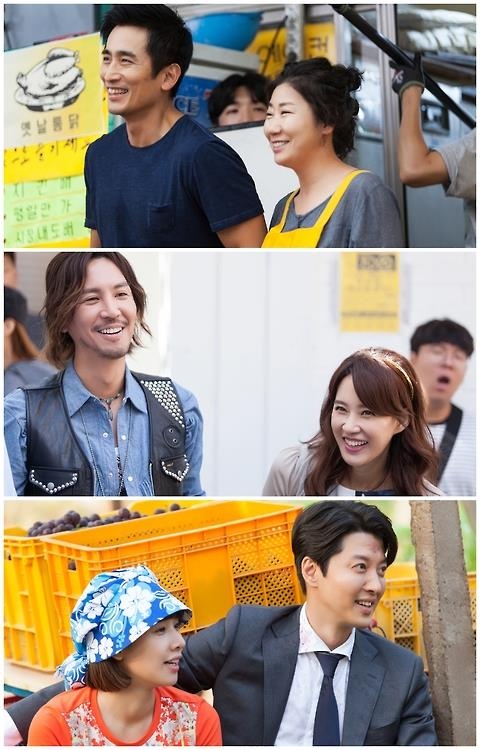