"Signal," a hit series on the Korean cable channel tvN, concluded in March with a solid viewership of 12.5 percent. Lee Je-hoon plays a profiler who connects via walkie-talkie with a detective from the past (Cho Jin-woong) to jointly solve cold cases. Kim Hye-soo plays a detective who is connected to both.

The first two episodes will air on the Japanese cable channel Shochiku on Sunday, with the rest to be aired in October, according to A STORY.

The company said it has also joined hands with Dentsu, a major Japanese advertising agency, to develop various content tailored for the Japanese audience. Crime shows have typically enjoyed wide popularity in Japan. 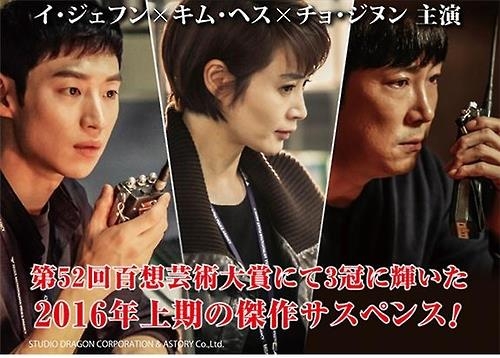