"North Korea, (with its) latest nuclear test, once again has demonstrated blatant and reckless disregard for their obligations and commitments," Sung Kim, the U.S. special envoy on North Korea's nuclear issue, told reporters as he arrived in Seoul. He is in Seoul to discuss ways to tackle the North's latest provocations.

He is scheduled meet with his South Korean counterpart Kim Hong-kyun on Tuesday to exchange views on North Korea's fifth nuclear test conducted on Friday and countermeasures to deal with the security challenge. The two will hold a press conference after the meeting.

"We will be working closely with the Republic of Korea and other partners in the six-party process and the members of the Security Council to come up with the appropriate and strong response to the latest provocation," the U.S. official noted.

"President (Barack) Obama has made very clear that we will do everything possible to defend ourselves and defend our allies," Kim also said, confirming once again to the U.S.' commitment to the defense of South Korea. 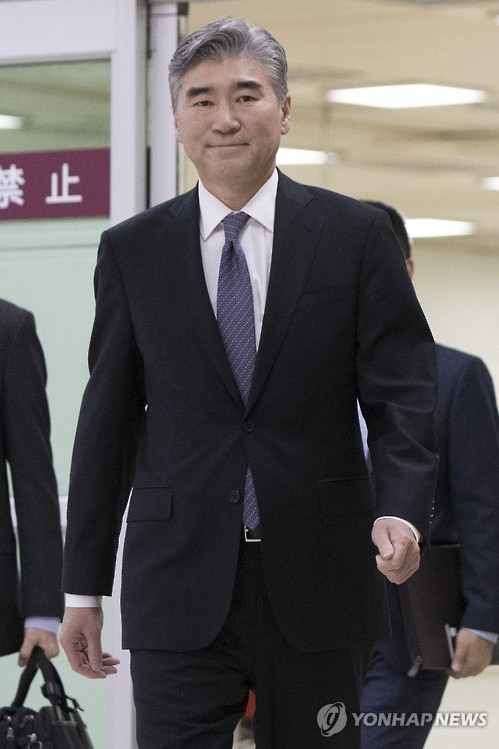 South Korea, Japan and the U.S. requested the United Nations Security Council launch discussions on the North right after the communist nation conducted the nuclear detonation on its founding anniversary, just eight months after its fourth test in January.

The UNSC adopted a press statement strongly condemning the North and pledging to begin work to put together a new resolution of sanctions aimed at punishing the communist country for its nuclear provocation.

Before coming to South Korea, Sung Kim held a meeting with his Japanese counterpart, Kenji Kanasugi, in Tokyo, where they promised to see the strongest ever measures again the North.

South Korean Foreign Minister Yun Byung-se and U.S. Secretary of State John Kerry earlier promised to work together in producing tough resolutions that would fill up any "loopholes" in previous punitive measures in order to make the North feel the repercussions of its actions.

Experts say the loopholes that may be affected include the exceptions in previous sanctions linked closely with the daily lives of ordinary people in North Korea. Blacklisting North Korean leader Kim Jong-un might be another possible measure to be discussed.

Meanwhile, the U.S. nuclear envoy was recently appointed to be the new ambassador to the Philippines. His visit to Seoul is expected to be the last one as his current capacity of Washington's top negotiator for the now-stalled six-party talks.

The multilateral denuclearization talks involving the two Koreas, the U.S., China, Japan and Russia have been stalled since late 2008 when the North walked away from the negotiating table. The North earlier said that the talks have been "dead," indicating that it has no intention of returning to them.