WASHINGTON, Sept. 12 (Yonhap) -- Closing loopholes in the latest U.N. Security Council sanctions should be a key priority in putting together new penalties against the communist regime for conducting its fifth nuclear test, a U.S. expert said.

Bruce Klingner, a senior Korea expert at the Heritage Foundation, made the point in an recent article, stressing that the latest sanctions, even though billed as the toughest-ever restrictions on Pyongyang, have several loopholes that allowed the North to skirt around sanctions.

The sanctions, adopted in March in response to the North's fourth nuclear test in January, require mandatory inspection of all cargo going in and out of the North, and ban exports of coal, iron and other mineral resources, a key source of hard currency that accounts for nearly half of the country's total exports.

But those sanctions are not applied in case of cargo or exports for "livelihood purposes."

"In response to the latest nuclear test, the U.S. and its allies should urge the U.N. to close several loopholes to the sanctions resolution, most notably eliminating the 'livelihood purposes' exemption on the ban of North Korean export of its resources," Klingner said in an article posted at the foundation's website. 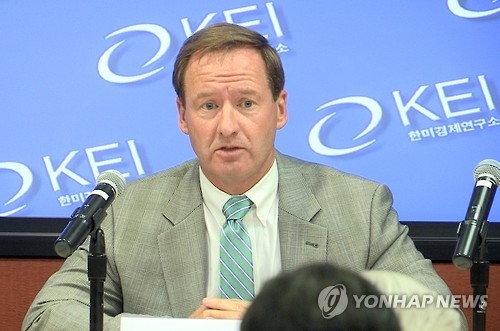 Klingner said that China will remain a "reluctant partner" in those efforts as it fears that "a more resolute international response could trigger North Korean behavior or regime collapse."

"China's reluctance to strongly pressure its ally provides Pyongyang a feeling of impunity that encourages it toward further belligerence," he said. "North Korea is willing to directly challenge China's calls for peace, stability, and denuclearization by repeatedly upping the ante to achieve its objectives—including buying time to further augment its nuclear and missile capabilities."

China is North Korea's top trading partner and supplies almost all of the isolated nation's energy needs, but analysts have long said Beijing fears that pushing Pyongyang too hard could lead to its collapse, instability on its border with China and the ultimate emergence of a pro-U.S. nation.