SEOUL, Sept. 28 (Yonhap) -- Five and half years have passed since Brave Girls' debut in 2011, but the K-pop group still exudes youthful passion.

"We are not just after popularity," Yujeong, one of the lead vocals on the team, said during an interview with Yonhap News Agency at the company headquarters in central Seoul on Monday. "Our boss strongly demands all artists to have a musical identity. Girl groups can't be exceptions."

The girl group was glad that K-pop fans have recently been diversifying their tastes.

"In the past, lead songs were mostly the only songs that the public cared about on albums by idol groups. Now, an increasing number of listeners finish the whole album and share their reviews about other songs as well," said Hyeran, who's happy with the change. 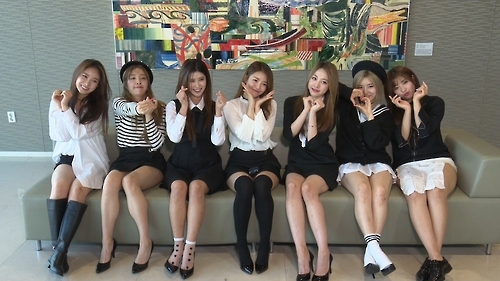 The seven-member act returned in February from a four-year hiatus -- considerably long for an idol group -- after a major reshuffle in team members. Of the five starting members, only two, Hyeran and Yoojin, have remained on the team. With five newcomers, Minyeong, Yujeong, Eunji, Yuna and Hayun, Brave Girls set out as a K-pop septet.

Reshuffling members has long been a divisive issue in the K-pop idol industry, but Brave Girls' old and new members get along with each other noticeably well.

"Of course, there are times when we get into arguments, but we all try to straighten things out by talking it out," Yujeong said. "Most of the times, arguments start from the way someone talks, rather than what they're saying. With that in mind, we eventually bring our arguments to a friendly end." 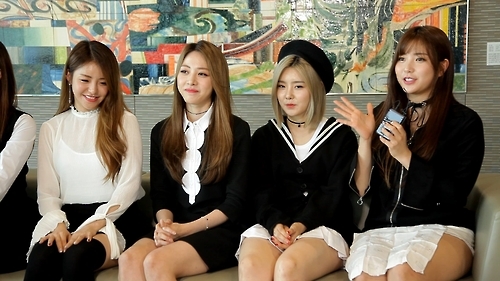 When performing the dance-pop song, each member took on the rolls of different female workers, including an office worker, a bat girl, a ballerina and a nurse, and rebelled against the traditional stereotypes of female workers in such rolls as being meek. Their performance showed them as being proud and strong working women.

On Sept. 1, Brave Girls rolled out the special EP "Yoo Hoo" as a surprise gift for its fans. Unlike "High Heels," "Yoo Hoo" revealed the girl group's tender side, coupled with a music video that showed the members having a pool party in a summer resort.

Both EPs fell short of entering the top 20 in major charts, yet Brave Girls still has high hopes for the future.

"The recent market trend (of girl groups) largely follows the concept of being angelic and girly. Some of our songs fit into this category as well, but we tried to put more emotions and messages into our music. I think having diverse life experiences also enriches our music," said Hyeran, one of the two original members. 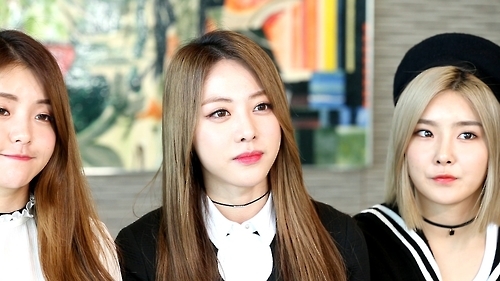 With the member change, Brave Girls has become more mainstream but still stays true to its roots. The girl group's musical colors are strongly influenced by its agency founder and hit composer Kang Dong-chul, more widely known by his stage name Brave Brothers.

Some of Kang's greatest hits include "Crazy" and "Saturday Night" by Son Dam-bi, "Like a Cat" by AOA, "Because of You" by Afterschool and "Whatcha Doin' Today?" by 4Minute. Kang also co-composed some mega hit songs of K-pop boy group BigBang, such as "Last Farewell."

After founding his own company Brave Entertainment, Kang named his first girl group Brave Girls after his own stage name, bringing the band into the spotlight from the start.

Brave Girls' debut song "Do You Know," released on April 2011, was inspired by 1980s R&B. The daring lyrics and dramatic choreography, however, failed to win the hearts of listeners, who like soft-voiced girl groups. Brave Girls' music started off as being strongly influenced by hip-hop, reggae and lyrics that championed progressive gender views. 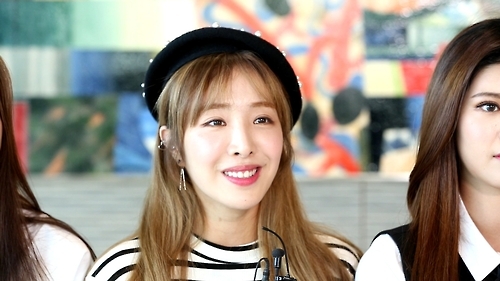 "We need to both be marketable and have a distinctive musical identity to win acknowledgment from the company and the listeners," said Minyeong. The group members were still undecided about the next EP's concept but wanted to keep their eyes open for fresh tastes.

"I like our performances because they're cool. We don't get to realize how cool our music is, until we look back at our past performances much later," said Hayun. 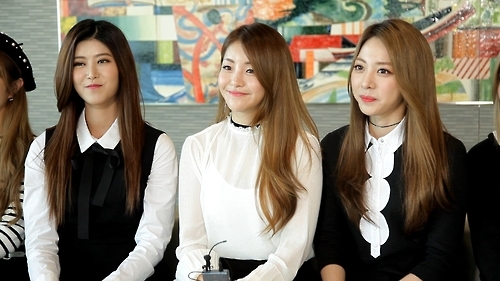 The four-year break between 2013-2016 was extremely trying on the group, the members said.

"The break was indefinite, but we did not let go of hope," said Yoojeong, one of the two original members. She and her teammate Hyeran stayed in close contact, waiting for the revival of Brave Girls.

Minyeong, who just turned 26, called herself a late bloomer who started out as a trainee at 21, to become an idol singer. During her lengthy six-year training period, she gradually lost confidence.

"I felt so much pressure at the thought of not getting many opportunities to perform. That's when I let go of my dream to be a singer and took up acting classes," Minyeong reminisced.

Minyeong said she was greatly touched when her boss, Kang, cheered her up, calling age "mere digits." He also encouraged her by talking about artists who had succeeded in their debuts despite being far older than her.

"If there are aspiring girl group singers who are intimidated about age, I would really like to tell them to be courageous and fight on," Minyeong said. 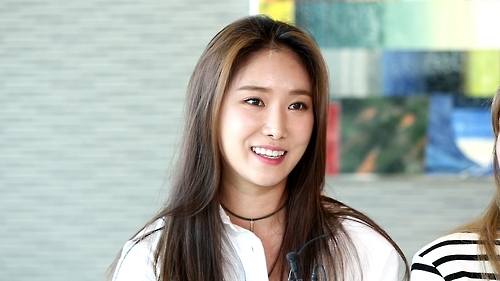