"I think our group has a lot of shortcomings," Shin told reporters, leaving the Seoul Central District Prosecutors' Office. "I will take responsibility for overcoming them."

Lotte Group said it respects the court's decision, adding it will put every effort to normalize the group's management and minimize the potential damage to its employees and subcontractors. 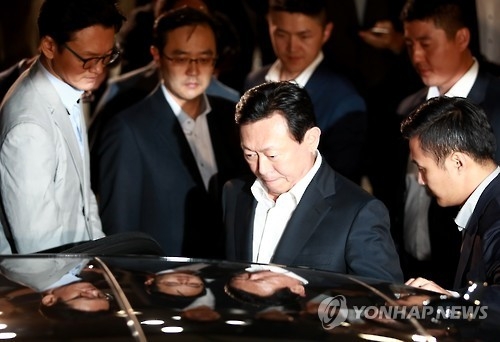