SEOUL, Sept. 28 (Yonhap) -- The leading news agencies of South Korea and Iran have opened a joint photo exhibition in Seoul on Wednesday to highlight the countries' growing ties in culture, sports, politics and business, the organizers said.

The exhibition displays more than 140 photos of the two countries' traditional cultures, historical sites and people-to-people exchanges at the National Museum of Korean Contemporary History through Oct. 23. 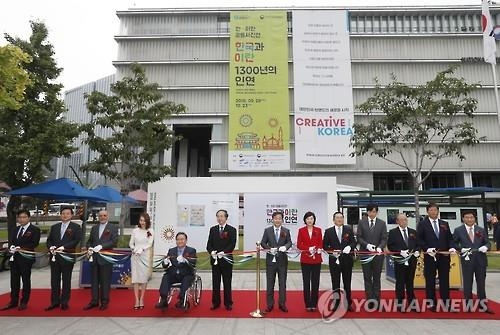 "Through the exhibition, we hope Koreans deepen their understanding of Iran and continue active exchanges in diplomatic, economic, cultural and media sectors," said Park.

Song and Han led the Korean pop culture craze known as "hallyu" in Iran through their lead roles in the historical drama "Jumong" from 2006 to 2007.

Iranian Ambassador to South Korea Hassan Taherian awarded plaques of appreciation to the two actors in recognition of their contribution to the development of bilateral ties. 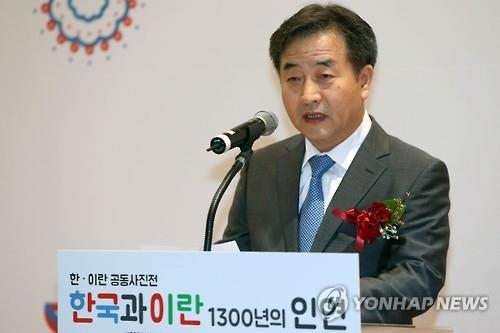 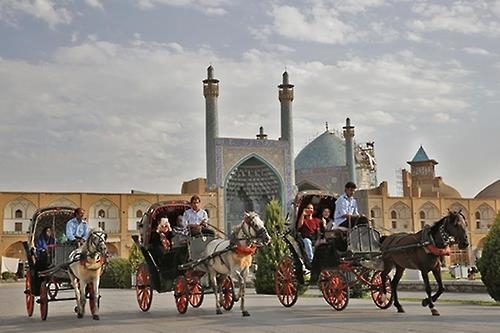 Although the countries established diplomatic relations in 1962, their historical and cultural ties are believed to stretch back centuries. According to an Iranian folk tale, an ancient Persian prince married a princess from Korea's Silla Dynasty more than 1,300 years ago.

The IRNA and Yonhap opened a similar photo exhibition in Tehran on Tuesday.

The two agencies agreed to host the events during a meeting between their chiefs in Tehran in May, which came shortly after South Korean President Park Geun-hye's state visit to Iran. 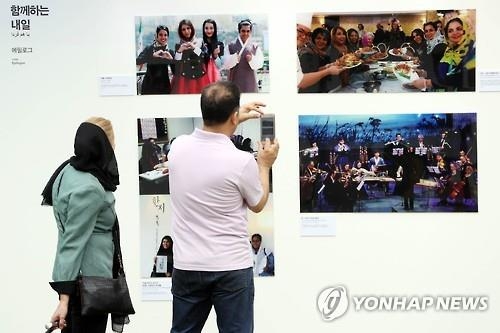