CHEONGJU, South Korea, Sept. 28 (Yonhap) -- A festival for chopsticks, the ubiquitous utensil in many Asian households and whose history is more than 2,000-year-old, will be held in South Korea's provincial city of Cheongju in November, an official at the event's organizing committee said Wednesday.

"The 2nd Chopsticks Fair and Festival will be held at an art center and museum in Cheongju for an 18-day run from Nov. 10, with chopsticks-related organizations from South Korea, China and Japan to participate," the official said. 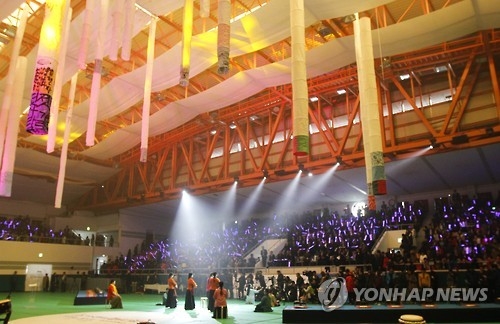 This year, nine cities, which have been selected as "Culture Cities in East Asia," will take part in the festival -- Gwangju, Cheongju and Jeju from South Korea, Quanzhou, Qingdao and Ningbo from China and Yokohama, Niigata and Nara from Japan, the official said.

The festival will feature seminars, exhibitions, concerts using chopsticks and other events, enabling visitors to get a glimps of distinctive chopsticks culture in the three nations, according to the official.
(END)

Chopsticks fest to open in Nov.

Chopsticks fest to open in Nov.