SEOUL, Sept. 28 (Yonhap) -- The recent discovery of toxic chemicals in some toothpastes has once again raised concerns over household items despite authorities' efforts to assure consumers that the products pose no harm to them.

Under local regulations, up to 15 ppm of CMIT/MIT are allowed in wash-off type products, such as shampoo and body wash, but they are banned in "quasi-drugs," including toothpaste and mouthwash. 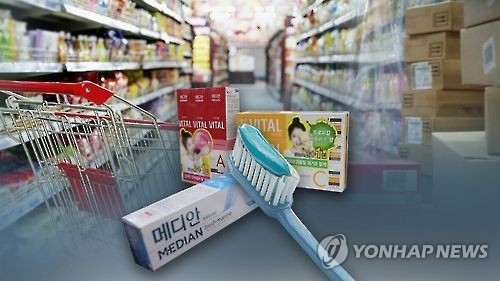 The Ministry of Food and Drug Safety said the toothpastes contained 0.0022-0.0044 ppm of CMIT/MIT, far below Europe's maximum permissible level of 15 ppm, though they pose no significant health risks as consumers rinse it with water.

However, consumers remain unconvinced of their safety as the same agents were contained in the humidifier sterilizers that led to over 100 deaths by causing lung problems in infants and pregnant women.

"The government banned CMIT/MIT from toothpaste, but it says the products are safe because they contained a very small amount of the chemicals according to international standards," Cho Sun-hee, a 32-year-old consumer, said. "I am angry because the chemicals are the same materials used in the humidifier sterilizers that have caused many controversies."

On Wednesday, a group of consumers filed a petition with the prosecution, seeking an investigation into the chief of AmorePacific, while others have demanded the government expand the investigation into other household cleaning items. 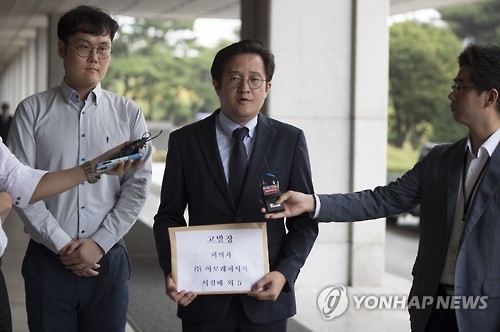 In light of growing safety concerns, other personal care makers tried to assure consumers that they did not use the problematic chemicals in their toothpastes.

Aekyung Co., a major household and personal care product maker, said it did not use CMIT/MIT provided by local provider Miwon Commercial in its toothpastes, noting only a small amount of the chemicals were used in some shampoo products.

"Since the use of CMIT/MIT has become controversial, we have phased out the materials in all products," Aekyung said in a statement. "We have used materials that excluded CMIT/MIT since June."

Coreana Cosmetics Co. also said it has only used the materials in some of wash-off type products, below the permissible level, not in toothpastes or mouthwash products.