SEOUL, Sept. 28 (Yonhap) -- South Korean girl group Dal Shabet set out with its 10th and latest EP "Fri.Sat.Sun" on Wednesday, reaching out for both quality and market expansion.

The five-song EP apparently sought an equilibrium between its trademark sexy strategy with a new touch of a "spritely and cute" concept, posing a sharp contrast to its eighth EP "Jocker," a sensational work that had stirred controversy over its abundant sexual connotations.

"The new EP is the essence of our career," said Dal Shabet leader Serri. The EP release was delayed because the singers spent extra time to pick the title song.

"Right from the start, Sinsadong Tiger wanted to hear from us what kind of style and subject we wanted about our new song. We greatly appreciate how receptive he was -- I think the new EP's quality exceeds our previous EP 'B.B.B.'"

"Fri.Sat.Sun" was composed and written by Sinsadong Tiger, Monster Factory and Samuel Ku and arranged by Monster Factory and Heth. The song presents a stylish mix of several different genres, including ratchet, drum and bass, tropical and trap. The song begins with sleek club-style bass beats, then fast transitions into an up-tempo, drum and bass genre spiced up with groovy tropical rhythm. 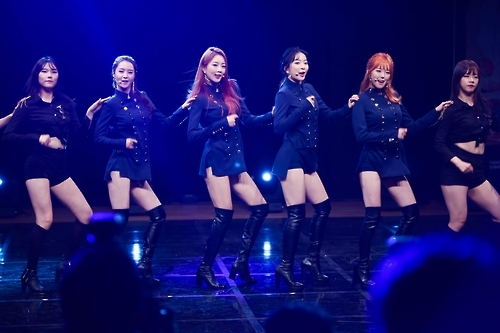 The EP was made to target not only the domestic market but the overseas market. Dal Shabet had a Japanese debut in 2015 and is eyeing China as its next stop.

"We are learning Chinese and preparing for activities in China. In addition to our Japan debut, we have been active in promotional activities in different countries," said Ah-young.

"We were amazed to communicate with international fans (in their language) and watch them burst into tears at our performance. I was grateful at the opportunity to represent Korea and the K-pop genre outside the home country. Every moment was precious." 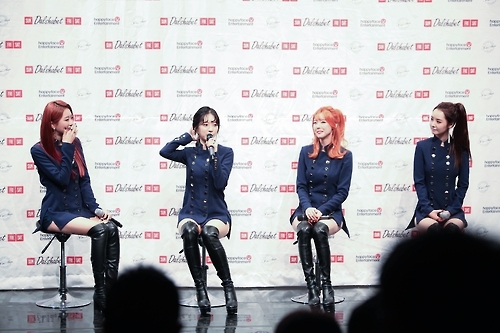 Hoping to place high on local music charts, Ahyoung hopes that the lead song will become a healing song for all distressed nine-to-fivers.

"There are times when people feel down and exhausted, waiting for the weekend and vacation. But after all, we appreciate the weekends because we have weekdays," she added cheerfully.

Also showcased in the event was "Hard 2 Love," a Korean re-make of its Japanese song of the same title.

The Japanese version was enlisted in the band's Japan debut EP, released in 2015. The song won quick popularity in the Japanese market, earning the K-pop group a Golden Disk Award. The Korean remake adds a brighter image and more sophisticated touch to the arrangement in order to meet different cultural preferences.

"I was impressed about how the two versions came in two different styles. I think the J-pop (girl group) music has stronger taste for high-spiritedness and a cute vibe, whereas K-pop style demands a blend of cute and sexy," Ahyoung said. In Japan, they wore adorable sneakers during performances, while they wore black thigh-high leather boots at home. 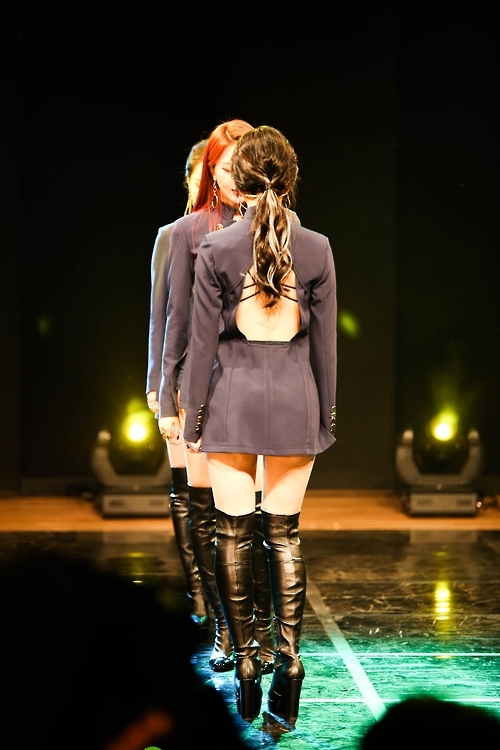 In the media event, the idols performed in navy button-up military tops with a cut-out back. The front look stands for the suppressive mindset of Monday through Thursday and the open back the "surprise reversal," according to the girl group.

Having debuted in 2011, Dal Shabet is going through a crucial stage in its girl group career.

The new EP has meant a lot to Dal Shabet, especially after the January reshuffle of members in January. Two former members, Jiyul and Gaeun, left the group in the process.

"I think it was those (difficult times) that brought us closer and open to communication," Woo-hee said.

"It's how I became more passionate about a perfect performance," she added. 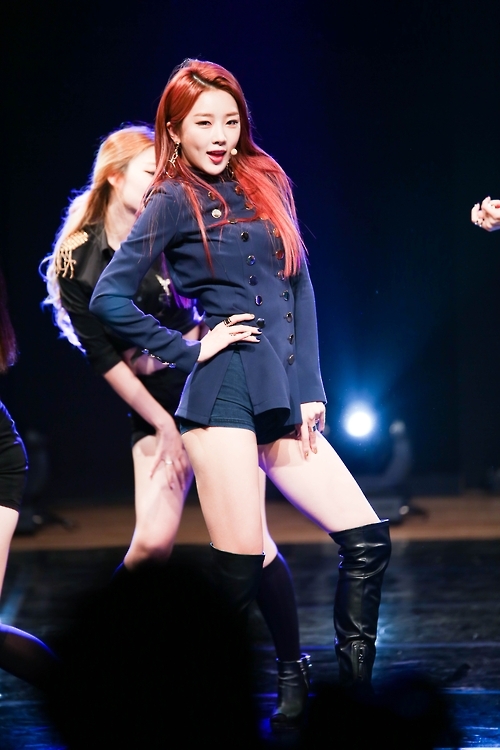