The Center for North Korean Human Rights Records that opened Wednesday has started to investigate and collect data on North Korea's human rights abuses in accordance with a new law aimed at improving Pyongyang's dismal treatment of its people.

Suh Doo-hyun, new president of the archives, said his agency will focus on producing "credible" data by collecting abuse cases based on accounts from all North Korean defectors in the South.

"When conditions are met, we plan to consider investigating North Korea's human rights abuses in third countries, including on-site probes into the case of the North's overseas workers over the long haul," the official said in an interview with Yonhap News Agency.

"It is a tricky issue due to diplomatic consideration, but we share the need to probe into such cases," he added. 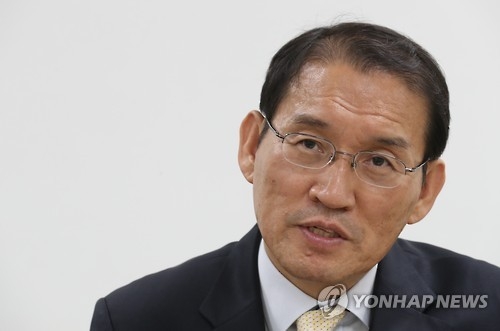 On Sept. 4, the landmark law went into effect, paving the way for Seoul to zero in on North Korea's crimes against humanity.

The North Korean human rights act was passed by parliament in March, 11 years after similar bills were scrapped amid political bickering among conservative and liberal lawmakers.

Under the law, Seoul established the center tasked with documenting the North's rights records. A foundation will also be set up to support relevant civic group's activities to improve Pyongyang's situation.

The North does not tolerate dissent, holds hundreds of thousands of people in political prison camps and keeps tight control over outside information.

In particular, North Koreans forced to toil in overseas countries are under the spotlight as Pyongyang is accused of pressing them to work under poor conditions to earn hard currency for its nuclear and missile programs.

Suh stressed the need to systemically compile cases of North Korea's rights violations as it would send a strong message to North Korea that Seoul is not sitting idle. They also can be later used as evidence when punishing North Korean perpetrators.

"I believe that documentation of human rights abuses has an impact on indirectly discouraging North Korea's violations," he said.

He cited an example of falls in rights violations by East Germany in the past as West Germany set up the Salzgitter Center to collect and document human rights abuses that took place on the opposite side.

The agency chief said that his center will pump up efforts to faithfully collect cases of the North's crimes against humanity in a bid to use them "under any circumstance and condition" as credible evidence.

He expressed hope that Sept. 28, the date for opening the center, can be remembered as the day of launching efforts to restore North Koreans' dignity as human beings.

"On Sept. 28, 1950, the capital of Seoul was recaptured from invading communist North Korea's troops (during the 1950-53 Korean War)," he said. "Sixty-six years later, I hope that the same day will be marked as the date of starting efforts to help North Koreans regain their freedom and dignity. I will do my best to attain such a goal."