POHANG, South Korea, Sept. 29 (Yonhap) -- President Park Geun-hye attended a ceremony celebrating the establishment of a facility for a powerful light source in the southern port city of Pohang on Thursday, offering her encouragement to researchers and construction workers.

The construction of the facility began in April 2011 with a budget of 429.8 billion won (US$393.4 million). Officials said 70 percent of the component parts were procured locally, which has helped save some 50 billion won in development costs. 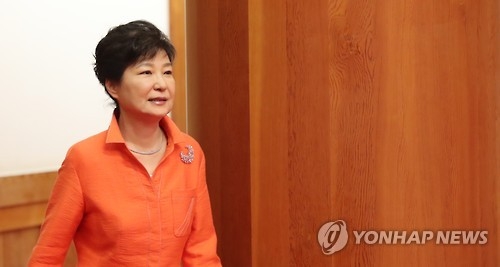