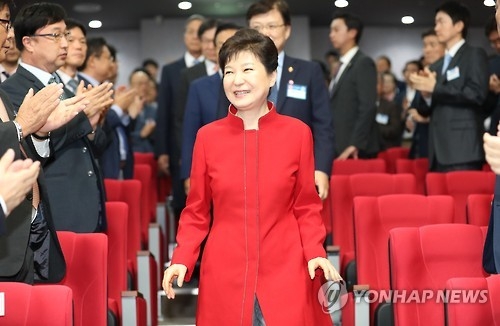 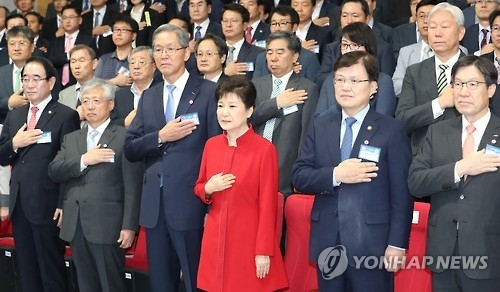 After the congratulatory event, Park visited the creative economy innovation center in the port city, one of the 18 economic institutions that the government, in cooperation with provincial authorities and local businesses, has established across the nation since September 2014.

The institution serves as a pivotal platform to advance Park's much-trumpeted economic drive that aims to boost the economy by creating new business opportunities, industries and jobs through the fusion of cutting-edge technologies, culture and other available elements.

At the Pohang center, Park received briefings on the center's activities to support local businesses.

The center, which was established in January last year, has helped foster 76 startups, which have so far created jobs for 135 people and generated combined sales of 9.1 billion won. It has also supported some 250 small- and medium-sized firms for their technological innovation efforts.