South Korea's Finance Minister Yoo Il-ho and his Uzbek counterpart Rustam Azimov held a meeting in Seoul to discuss ways to bolster economic cooperation between the two countries and expand the participation of South Korean companies in government-led projects in Tashkent, according to the Ministry of Strategy and Finance.

Under the MOU, the Seoul government will contribute to a fund to build an airport passenger terminal in Tashkent worth US$350 million and establish a national data center.

South Korea will invest a total of $250 million through the Korea Economic Development Cooperation Fund (EDCF), a state-run fund launched in 1987 aimed at helping developing and less-developed countries by providing loans that carry low interest rates. Uzbekistan will shoulder $100 million for the project.

"I expect South Korea and Uzbek companies to become close cooperative business partners to carry out such projects," Yoo said. "The government will seek ways to support them." 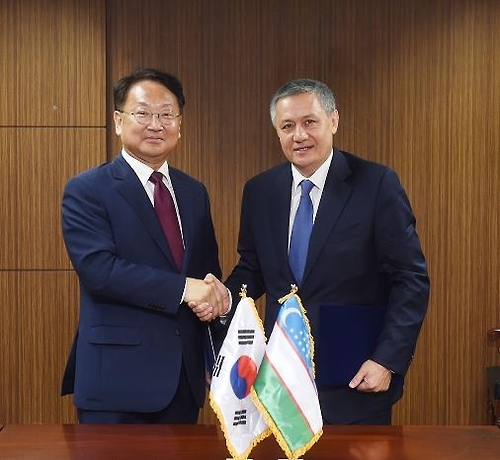