The combined sales of three department stores -- Hyundai, Lotte and Shinsegae -- gained 4.1 percent on-year last month, according to the data compiled by the Ministry of Trade, Industry and Energy.

Their sales of groceries jumped 14.5 percent on-year as a number of people purchased foodstuffs as gifts ahead of Chuseok, the Korean Thanksgiving holiday, that fell on Sept. 15.

However, those of major discount stores E-Mart, Lotte Mart and Home Plus edged down 1.3 percent due to a 14.8-percent drop in sales of sports and leisure items amid a scorching heat wave that hit the country. 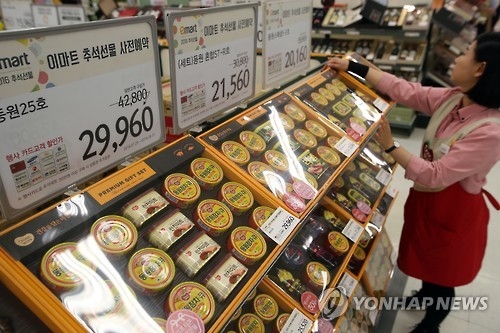 Sales at department stores, discount retailers up in Aug.

Sales at department stores, discount retailers up in Aug.