Local firms are bent on providing workers, especially those in charge of dealing with the government, the National Assembly and the press, with detailed legal information on the so-called Kim Young-ran Act, named after the former chief of the state anti-corruption body.

They struggle to avoid the dishonor of becoming the first violators of the law either deliberately or inadvertently. 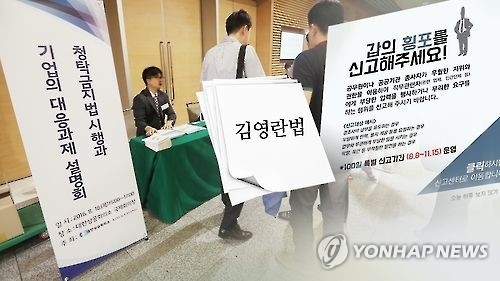 In addition to internal education, companies are taking systemic measures to spread the use of "clean cards," which government agencies introduced several years ago. Unlike ordinary corporate credit cards, clean cards are automatically blocked at establishments that provide lavish services such as golf courses and room salons.

CJ Group has replaced all corporate cards with clean cards.

"We have already used clean cards partially but the use of those cards has been expanded to all employees with the Kim Young-ran Act taking effect," a group official said.

Lotte Group is also pushing for the expansion of clean cards. 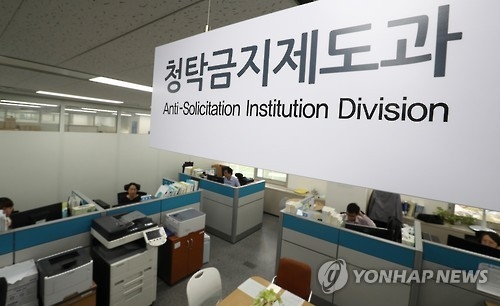 Another urgent task for companies here is to find effective ways to maintain "communication" with the government, media outlets and the National Assembly.

"There is no other method but to change the mind-set and hospitality culture voluntarily," an official at SK Networks said. "We will try to meet related outside officials more often instead of having expensive meals. We plan to have more lunch or coffee meetings than dinner with them."