LOS ANGELES, Sept. 28 (Yonhap) -- South Korean filmmaker Kim Jee-woon said his latest film "The Age of Shadows" stands out from his preceding works in that it tells of hope and progress.

"While I had mainly portrayed the dark side of human nature so far, this film is different in that it tells of hope and progress," Kim said during an interview with Yonhap News Agency at a CJ CGV theater in Los Angeles on Tuesday.

He arrived here on a promotional tour of the film that was released in 40 North American cities on Friday.

"It focused on the inner workings of a human mind, although it might seem totally like a spy action flick," he stressed.

The film depicts a highly skilled Korean-born Japanese police officer who happens to work as a double agent for Japan and a group of Korean resistance fighters plotting to bring in explosives from Shanghai to destroy key Japanese facilities in Seoul under Japan's colonial rule. Korea was a colony of Japan from 1910 to 1945. 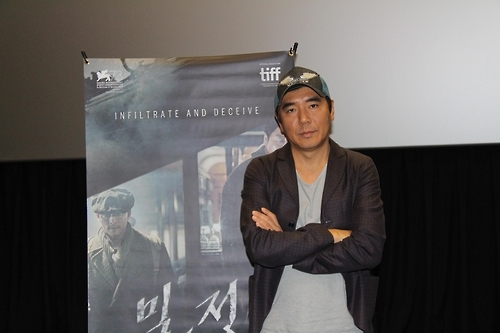 It stars top actors Song Kang-ho, Gong Yoo and Han Ji-min among the main cast as well as Lee Byung-hun and Park Hee-sun in side roles.

Kim's visit to the American city was not merely for the promotional activities.

As a film first produced and presented in Korea by Warner Bros. Picture, a major Hollywood studio, it has received much attention from the U.S. film industry.

The Korean Film Commission (KOFIC), a government agency for promoting homegrown films, has recently selected the film to represent the country at the Academy Awards.

Questioned about the film's chance of being nominated for the best foreign film award, Kim waved his hand and said: "Honestly, I've never thought about winning an Academy foreign-language film award. The barrier is high and no Korean film has ever won."

The film drew favorable reviews from film reporters ahead of its North American release and has been invited to various international film festivals, including Venice and Toronto.

"I didn't know it would receive such favorable reviews from foreign critics, media and audiences as the film deals with Korean history. I was surprised a bit by those reviews."

He said the recent successes of Korean films set in the colonial-era Korea ranging from director Choi Dong-hoon's "Assassination" to "The Handmaiden" by Park Chan-wook is "encouraging."

"While Korean films had taken the same approach to the era in the past, now their subjects became richer and diverse and all kinds of different films are coming out. I think that's encouraging." 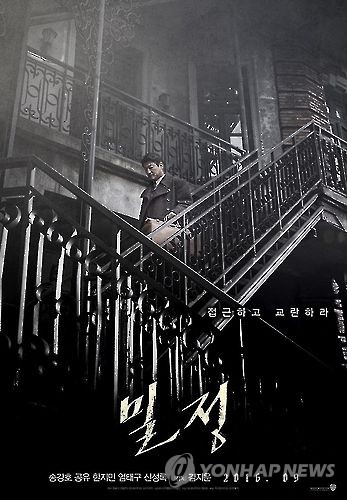