SEOUL, Sept. 29 (Yonhap) -- A fourth-generation light source facility, capable of emitting X-ray lasers that are 100 million times brighter than before, was launched in the southeastern city of Pohang on Thursday, making South Korea the third country globally to have it.

Technically known as synchrotron radiation, the light source can measure and analyze compositions in femto and nano units of a second. 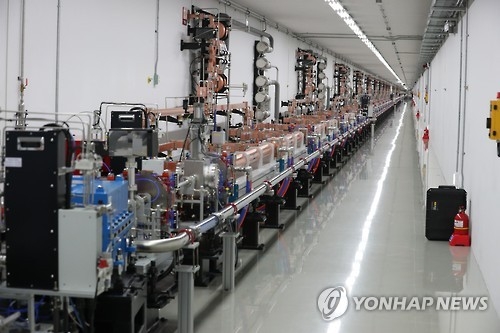 The facility was built at the Pohang Accelerator Laboratory (PAL) of the Pohang University of Science and Technology (POSTECH), located in the city 374 kilometers from Seoul, after four years of construction that cost 429.98 billion won (US$392.26 million). 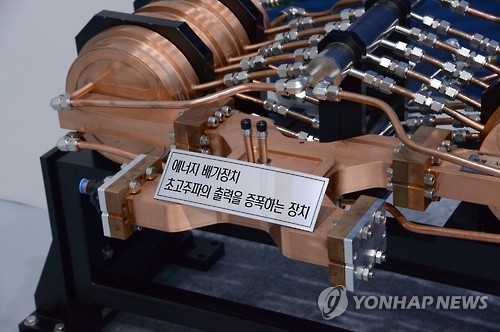 Called PAL-XFEL (X-ray Free Electron Laser) for short, the facility was put on trial operation in April and succeeded in emitting the high-intensity laser in June. It will start accepting users from next year after a demo test in December with researchers in and out of the country.

The facility will be useful in biotechnology, developing new drugs, researching clean energy and finding new material, according to the science ministry. POSTECH would be able to save some 50 billion won by working with local firms to develop and localize core components and also be able to vie in the world market for light source sized at 5.4 trillion won.

The cavity beam position monitor, for instance, developed locally, has been exported to the light source facility being built in the United States, the ministry said.

"The significance is great that we planned and built the fourth-generation light source as the third country in the world and are able to show the potential of the country as a science nation," Bae Tae-min, head of the ministry's public research policy bureau, said at the facility's completion ceremony.
(END)