SEOUL, Sept. 29 (Yonhap) -- South Korea's leading drugmaker Hanmi Pharmaceutical Co. said Thursday that it has signed a US$910 million deal with Zentec Pharmaceuticals to export the technology for its self-developed anti-cancer substance.

The deal calls for Hanmi to provide Zenetec with its technology for producing and commercializing "HM95573," an inhibitor that targets cancer cells, the South Korean drugmaker said. 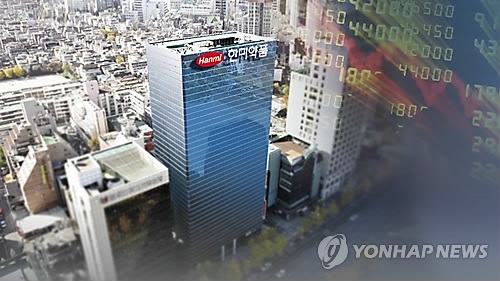 Sales rights throughout the world, excluding South Korea, are also to be transferred to the Canadian company should the substance be commercialized, it said.

The $910 million deal includes $80 million as a down payment, and Hanmi will receive another $830 million in stages depending on the success of the commercialization of the drug, officials said.

The drugmaker said it will receive further royalties should the substance be commercialized, without further disclosing the details of the deal.
(END)