SEOUL, Sept. 29 (Yonhap) -- The harsher-than-ever set of sanctions imposed on North Korea in response to its fourth nuclear test in January is starting to show results as Pyongyang is likely feeling the pinch not only on the diplomatic front but also in its overseas trade and other commercial dealings, observers here said Thursday.

More than six months into the adoption of the United Nations Security Council (UNSC) Resolution 2270, a total of 53 countries have submitted their own sanctions reports to the global body on the implementation of their punitive measures against the North, all aiming to force the communist country to give up its nuclear weapons and ballistic missile development programs.

Experts and government officials are speculating that the North is surely being affected and even feeling alarmed when its long-time allies like Laos, Myanmar, Angola and Mongolia start joining the international community in carrying out punitive actions.

Since the most recent sanctions regime kicked off in March, a total of 75 countries have issued statements condemning North Korea's nuclear test as of Sept. 25, while several others have canceled or downgraded planned meetings or visits by officials from North Korea, according to a statement by U.S. Assistant Secretary of State Daniel Russel prepared for a Senate hearing.

"The effects of the tightening sanctions implementation have become increasingly visible in terms of the North's diplomatic relations and in overseas commercial activities as well," a foreign ministry insider, who declined to be identified, said.

Even before the March resolution, North Korean Ambassador to Myanmar Kim Sok-chol was effectively told to end his nine-year diplomatic service in the Southeast Asian country and return home last November.

The official reason was a government order to return, but the repatriation came after he was blacklisted in U.S. sanctions for supporting a North Korean trading company involved in the development of weapons of mass destruction.

The present North Korean Ambassador to Egypt, Pak Chun-il, is also rumored to be next on the list to be "expelled" following growing speculation that he has engaged in arms smuggling.

In April, Vietnam deported Choe Song-il, the vice chief of a North Korean bank's local branch, that was blacklisted by the U.N. Other countries like Bangladesh and the Republic of South Africa followed suit with the expulsion of North Korean officials suspected of engaging in smuggling and other illicit activities.

In addition, a throng of countries have terminated their visa waiver programs or shut down people-to-people exchange programs with North Korea in their implementation of the latest resolution.

One country in particular, Singapore, is set to remove North Korea from its list of visa exempt countries starting in October, restricting North Koreans' access to the city state. Singapore has been a popular destination for North Korean businessmen seeking job opportunities or better technology, or high-level officials who want better medical treatment. 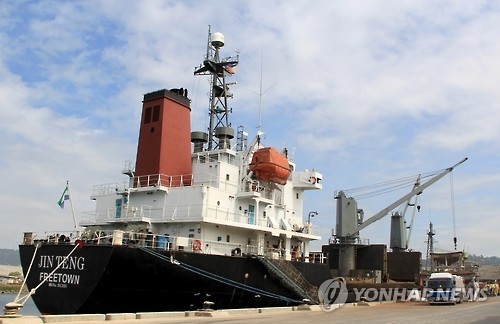 Mexico declared the North Korean cargo vessel Mu Du Bong abandoned and vowed to sell it off in April after detaining the ship for two years.

Mongolia revoked its permission for 14 North Korean ships to sail under its national flag, a practice North Korea often uses to evade sanctions and scrutiny. Cambodia has also come forward to say it has taken similar actions with North Korean vessels, although how far-reaching it has been remains unknown.

Singapore is currently in the process of identifying North Korean ships carrying the Singaporean flag in order to take away such rights.

In Thailand, the North Korean air carrier Air Koryo has been stripped of its operational license since the last Air Koryo flight landed in Bangkok, the airline's only route in Southeast Asia, in late April.

Independent North Korean watchers said squeezing North Korea's exports of natural resources, one of its major income sources, has been a signature feat of the ongoing sanctions efforts.

Taiwan enacted a complete ban on imports of North Korean coal, iron ore and some other mineral resources, and also tightened compulsory inspections of all cargo moving between North Korea and the island.

China followed up with its own sanctions measures one month after Resolution 2270 was announced, putting coal, iron and iron ore on its list of items banned from transactions with North Korea, although China is suspected to have overlooked the implementation.

International relations watchers, meanwhile, said that just as the last United Nations sanctions are starting to hurt, North Korea's fifth nuclear test conducted on Sept. 9 in continued defiance of previous U.N. bans may trigger an even harsher backlash, with countries even now moving to slap a fresh round of sanctions on Pyongyang.

"Washington has recently called for countries to cut off diplomatic ties or at least lower the level of official exchanges that will surely hurt the North," another Seoul government official said. He then said that talks about sealing "loopholes" in existing sanctions could become a reality if countries like China join in on the efforts, which can really hurt the reclusive country going forward. 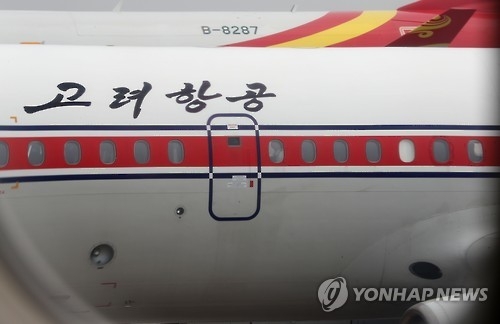