JEJU ISLAND, Oct. 5 (Yonhap) -- Once considered a place of exile and a barren island with a lack of arable land, Jeju Island has transformed itself into South Korea's top tourist magnet with scenic beaches and subtropical weather.

Affected by capricious weather and strong winds, the island, located 90 kilometers south of the Korean Peninsula, was not easily accessible to mainlanders centuries ago, leaving its underdeveloped areas in their natural, pristine conditions. 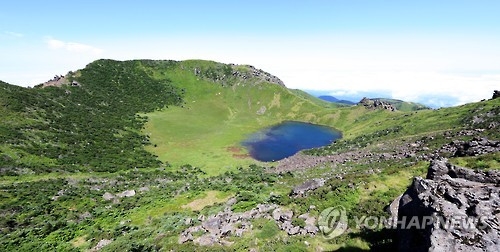 While luxury hotels and beach resorts have been springing up in various parts to capitalize on a rising influx of Chinese and a recent real estate boom, a journey to the volcanic island's geological structures has become the latest trend among adventure seekers and nature lovers.

Jeju, created as a result of volcanic activities between 1.8 million years and 250,000 years ago, has many distinctive geological sites across the island. And that is why UNESCO included Mount Halla, Seongsan Ilchulbong and Geomun Oreum Lava Tube on the World Natural Heritage list and designated the entire island as a "global geopark" in 2010.

Mt. Halla, a central icon of the island, and Seongsan Ilchulbong, known as the best place for watching sunrises, are always crowded by tourists, but there are more places for geo travelers besides the must-see destinations.

There are about 360 small hills, called "oreum" in Jeju dialect, in various sizes and conditions across the island, predominantly composed of dark-colored basalt. 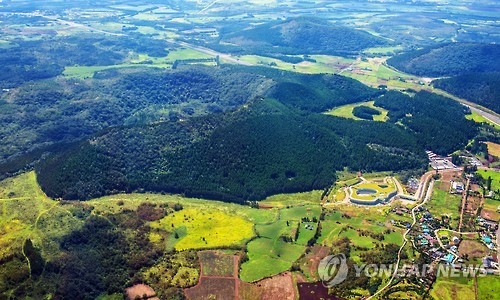 Among them, Geomun Oreum located in the northeastern part is worth a visit because it provides guided tours to its trekking course and ecological exploring area.

The 456-meter-high parasitic volcano was created between 100,000 and 300,000 years ago when lava flows from a big crater went along the coastal slope and formed a horseshoe-shaped cinder cone.

Hikers can take one of three courses, ranging from 1.8 km to 5 km, to learn about its history through a slow walk through a dense forest, which is a breeding place for local birds and migratory species. The guided tour is limited to 400 visitors a day, requiring reservations in advance, and held every day except Tuesdays.

"I think walking around the well-protected ecological area was a good geology class for my kids who only learned about volcanic eruptions in textbooks," said Lee Hee-sook, a tourist from Cheongju. "Climbing Mt. Halla needs time and thorough preparation, but oreums are much easier to climb with my children. We plan to go to other oreums that have nice ocean views." 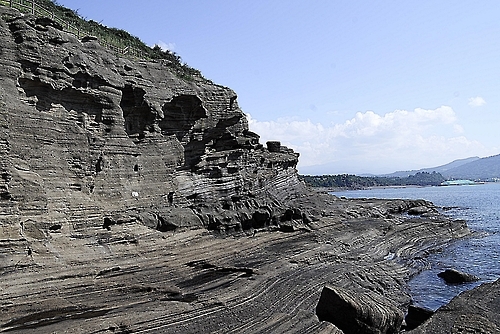 To witness what happens when magma meets water and changes its facets over a long period of time via wind and water, you can visit Yongmeori Beach on the southwestern coast, which looks like a dragon's head going underwater.

Carefully stepping down huge rocks piled up one another along the asymmetric seashore cliffs, you will confront untamed nature and learn about the true origin of the island. Visitors can walk along the curved, horizontal lines and look at the turquoise water, if the weather permits.

"This coast jutting out into the ocean has uneven layers created from volcanic activities. It provides not only a spectacular view to tourists but also useful materials for researchers," said Park Young-seok, a heritage tour guide and Jeju native. "Due to strong winds and high waves, this place is only open to the public about one-third of the year. There's a saying that one must accumulate good deeds over three generations to come down here and see this view." 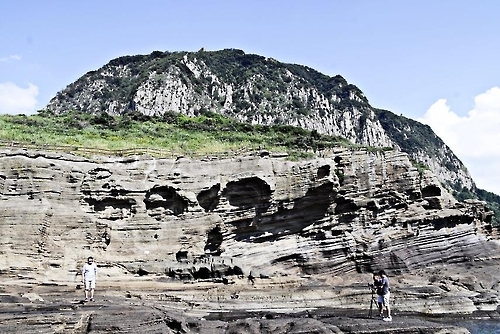 Along the road down to the seashore lies the "Hamel Castaway Memorial," which was built in 2003 in remembrance of the Dutch sailor Hendrick Hamel (1630-1692), who arrived there with 35 surviving crew members after their vessel shipwrecked in 1653.

Their sudden appearance made a splash among locals during the Joseon Dynasty (1392-1910). After being held captive for 13 years, the crew managed to escape, and Hamel later wrote about his life in Joseon, providing the first Western insights into Korea. 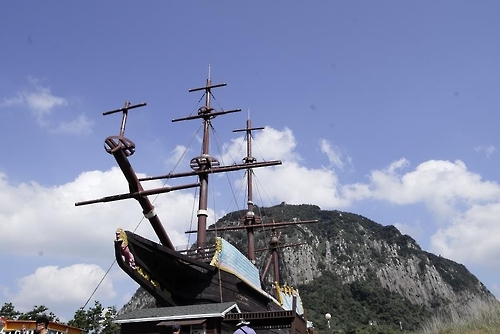 About 400 meters above the coast stands Mount Sanbang, a huge lava body created by a violent volcanic eruption some 700,000 to 800,000 years ago. As its name literally means "a cave inside a mountain," a grotto can be seen in between weathered pits and rugged slopes.

There are several Buddhist temples on the mountain, and Sanbanggulsa (mountain room cave temple) is the most popular. It is the only cave temple on Jeju Island, and people have been praying there since the Goryeo Dynasty (918-1392).

But if you want to experience a magnificent cave, Manjanggul Cave is the place to go. 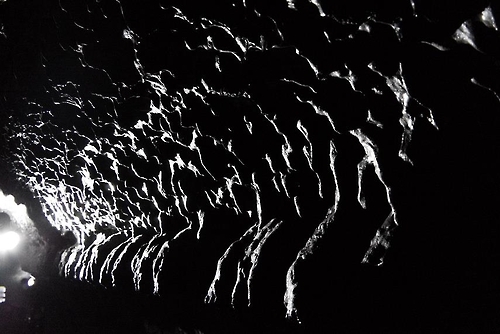 Located near the northeastern coast, Manjanggul Cave is one of the finest lava tunnels in the world, as wide as 23 meters and as high as 30 meters.

The 8.9-km-long tunnel was created when lava, deep in the ground, spouted from the peak, making a variety of interesting structures, such as stalagmites, columns, flowstone and cave corals. There are three entrances, but only 1 km of the second tunnel section is currently open to visitors.

Among them, a lava column of 7.6 meters is the largest known in the world, and "Stone Turtle" that resembles the shape of Jeju Island is a hidden treasure. 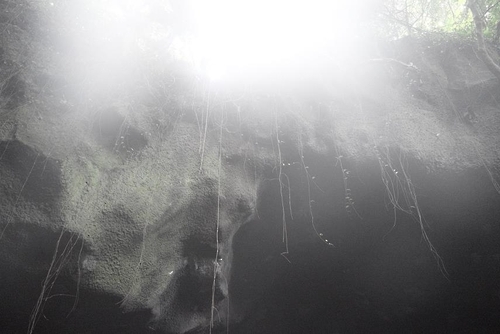 The temperature inside the tunnel ranges between 11 and 21 C depending on where you are. Summer tourists may shiver, especially those in short sleeves, and see their breath when going deeper into the cave.

It's pitch dark with minimal lights made available for visitors, and the ground is slippery from water dropping from the ceiling. High heels and slippers are definitely not a smart choice for the underground trek that takes about 40 minutes.

"It feels like a totally different world from the outside," said Kim Se-hyeon, an elementary school student. "I was a bit scared at first, but I liked the mysterious environment." 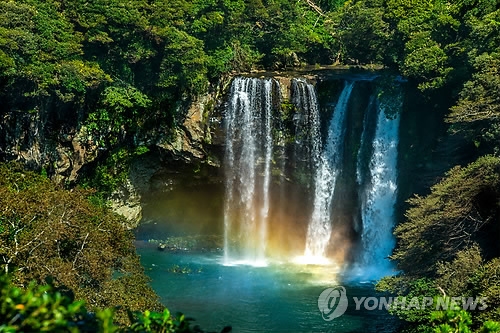 The waterfall, located near the southern coast, is 22 meters high and 12 meters wide, and produces a powerful sound of cascading water.

Open from sunrise to 10 p.m., visitors walk a subtropical path between a variety of rare plants to the falls.

If you want a romantic mood, it's better to drop by after dark when colorful lanterns greet visitors along the trail and the water fall glows under dim orange light. 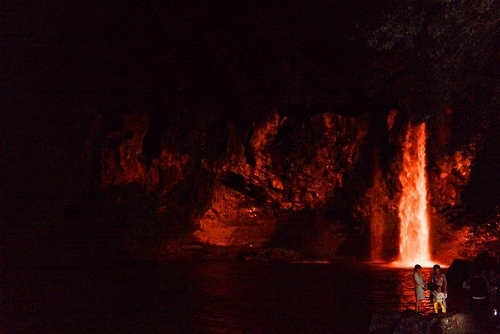