SEOUL, Sept. 30 (Yonhap) -- Renault Samsung Motors Co., the South Korean unit of the French automaker Renault S.A., said Friday that preorders for the QM6, its newest SUV, have exceeded 10,000 units in a month, heralding huge popularity down the road.

Renault Samsung is set to sell the QM6 SUV, a new version of its QM5 SUV, in the country next month.

The carmaker unveiled the all-new version of its QM5 SUV at the Beijing auto show in April. The QM5 is being marketed as the Renault Koleos overseas.

Renault Samsung's new SUV will compete with rival models, such as Hyundai Motor Co.'s Santa Fe and Tuscon, and Kia Motors Corp.'s Sorento and Sportage in the mid-sized SUV market, which has shown strong growth over the past few years.

Renault Samsung plans to ship its new SUVs to Latin America and Australia this year, and to Europe next year, company officials said. 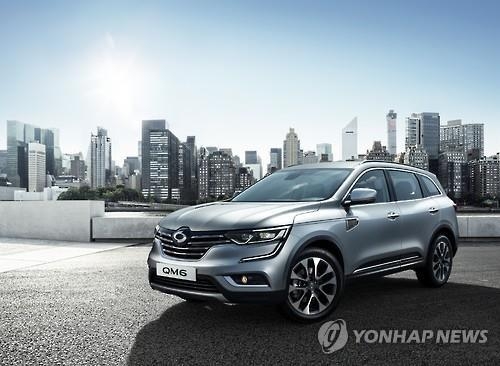