SEOUL, Sept. 30 (Yonhap) -- The fishing zone and hours near the western inter-Korean sea border will be expanded starting this weekend, a government ministry said Friday.

The measure is intended to help local fishermen increase their income, as they have suffered troubles from Chinese fishing boats illegally operating there.

The Yeonpyeong Island zone, designated in 1969 just below the Northern Limit Line (NLL), will be broadened by 14 square kilometers to the west starting on Saturday, according to the Ministry of Oceans and Fisheries.

Fishermen will also be allowed to fish in the zone from half a hour ahead of sunrise till one hour after sunset during the April-May and October-November periods, the peak crab-catching seasons, it added.

Only daytime fishing has been permitted in consideration of the security and safety of local fishermen. 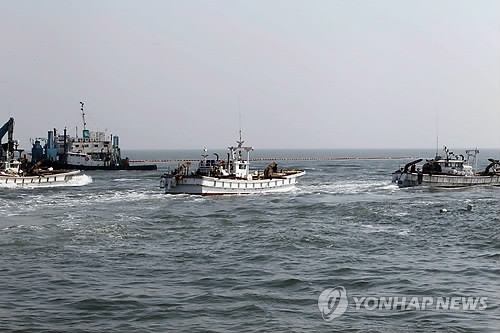