SEOUL, Sept. 30 (Yonhap) -- Prosecutor-General Kim Soo-nam apologized Friday for a corruption scandal, involving a senior state attorney, stressing that justice and integrity are the "bedrock" of the law enforcement agency.

Prosecutor Kim Hyung-joon was arrested on Thursday on charges of taking kickbacks in return for peddling his influence over an investigation. He is the second incumbent prosecutor to be arrested this year, following Jin Kyung-joon, who was indicted in July for allegedly receiving bribes from a businessman.

"Due to a series of corruption scandals involving some members, (the prosecutors' office) has recently disappointed and shocked citizens who are hoping to see clean and righteous prosecutors," Kim told a gathering of senior officials at the Supreme Prosecutors' Office.

"The honor of the prosecution has also fallen to the floor," he added.

"The prosecution is the key law enforcement organization and is in charge of implementing the anti-graft law," Kim said. "Prosecutors themselves must strictly abide by the law and apply stricter standards to ourselves in the enforcement of the law." 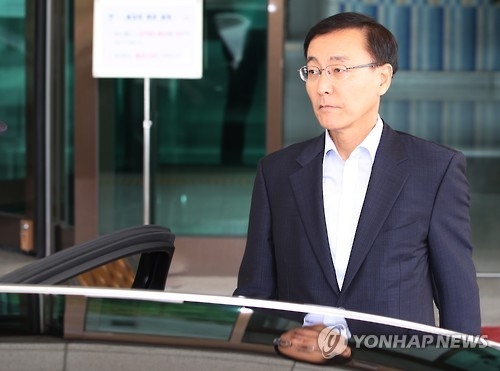