SEJONG, Sept. 30 (Yonhap) -- The South Korean government said Friday it will encourage local steel and petrochemicals manufacturers to reduce output of oversupply items and upgrade their facilities in pursuit of higher value-added products.

Besides facility downsizing, steel and petrochemicals companies will be induced to implement mergers and acquisitions for such uncompetitive products as thick plates, steel tubes, terephthalic acid and polystyrene, under the government's campaign to strengthen their competitiveness and sustainability in the global market, officials said.

To that end, the government will extend policy, financial and taxation support to the concerned manufacturers' manpower training, and research and development activities, the officials said.

The latest industrial restructuring measures were unveiled after a ministerial-level meeting presided over by Finance Minister Yoo Il-ho in Seoul, as Korean steel and petrochemicals firms are in need of an extensive overhaul despite international competitiveness.

"The measures are not only about restructuring and reorganizing such sectors," Deputy Trade Minister Toh Kyung-Hwan said in a prior briefing. "They are designed to assess the comparative advantages of the two sectors and come up with a bigger picture for their future."

The government has worked on the scheme for nearly three months as part of its efforts to boost the competitiveness of the troubled shipbuilding, steelmaking and petrochemical sectors, with three private consulting firms, including Boston Consulting Group, offering a review and business outlook on the industries.

It said the latest plan includes restructuring measures only for the steelmaking and petrochemical sectors, with those for the shipbuilding still undergoing final touches.

The measures focus on cutting production of mediocre products, which countries such as China can catch up on with low production costs, and on improving their capability to produce up-to-date and higher value-added goods. 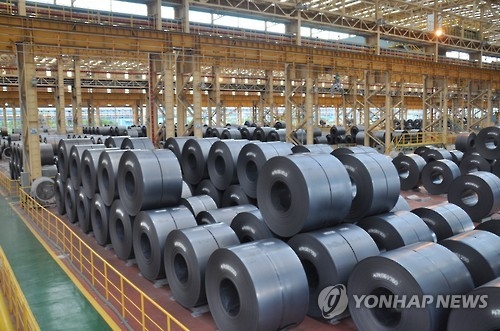 For the steelmaking businesses, the government and the private sector will join hands to develop new technologies that use hydrogen in iron ore smelting to reduce carbon dioxide emissions. Upgraded environment-friendly blast furnaces, which can reduce CO2 emissions by 15 percent, will be introduced from 2023.

It also suggested the steelmakers reduce facilities of thick steel plates, which are mainly used to build large-sized vessels, as global demand has been on a steep decline. South Korean companies currently have a combined capacity of 14.59 million tons per year.

Instead, they should concentrate more on developing light thin steel plates for smart cars using titanium, magnesium and aluminum.

The government also called for a production cut and technology upgrade in the petrochemical sector, which has been enjoying relatively better profits on the back of low oil prices.

Output of some oversupplied products, such as terephthalic acid, will be reduced in accordance with the government-led plan.

"The petrochemical companies have been doing well thanks to a low oil price trend, but they still have to get prepared for a possible price hike sometime in the future," Toh said. "We expect a South Korean company to become a global high-tech chemical company like BASF SE of Germany and DuPont of the United States."

As a result, the government said the steelmaking and petrochemical companies will invest more money into research and development step by step. It will raise the percentage of R&D investment out of their sales to 5 percent by 2025 from the current 2 percent. 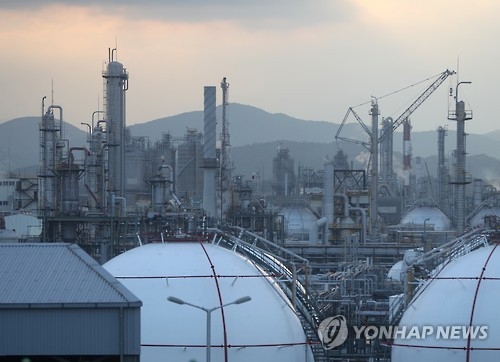