In July 2015, Hanmi signed an 850 billion won (US$773.1 million) agreement with the German pharmaceutical giant to jointly develop and sell the new treatment, HM61713.

In a regulatory filing, the Korean firm said Boehringer decided to not to proceed with the clinical tests and return the license. But Hanmi doesn't have to return US$65 million it received as upfront and milestone payments.

The deal effective outside of South Korea, China and Hong Kong included initial and milestone payments as well as double-digit royalties on future net sales.

HM61713 is a novel third-generation tyrosine kinase inhibitor for lung cancer patients who have developed a resistance to previous EGFR targeting agents.

The announcement came one day after Hanmi signed a $910 million deal with Zentec Pharmaceuticals of Canada to export the technology for its self-developed anti-cancer substance.

Shares of Hanmi Pharmaceutical, the largest bio company with a market value of 5.3 trillion won, tumbled 18.06 percent to 508,000 won on the Seoul bourse, the lowest since October 2015. The benchmark KOSPI declined 1.14 percent and the bio sector plummeted 6.72 percent. 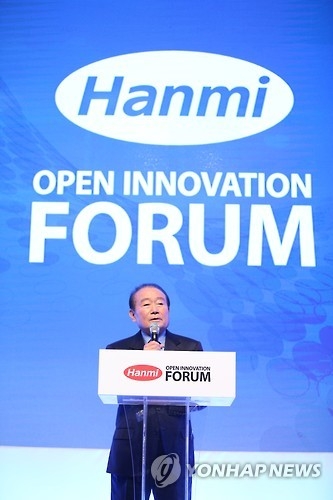