CHANGWON, South Korea, Oct. 1 (Yonhap) -- A young American accountant has won the grand prize at the world's largest K-pop singing and dancing competition on Friday amid rising popularity of K-pop around the globe.

Britney Chanel, a 26-year-old accountant who rocked the stage with "U & I" by K-pop diva Ailee, did not expect to win the top accolade in the 2016 K-Pop World Festival in Changwon. Two weeks ago, she flew all the way from Los Angeles to Changwon, 398 kilometers southeast of Seoul, for the final competition. 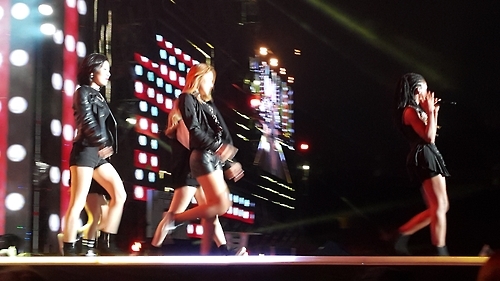 "I feel amazing, it feels crazy," she told Yonhap at the annual event, trying to calm her excitement.

"Right now I work for the Grammies, the award show. At some point, I want to be a singer-songwriter," she added, beaming.

The best performance award went to team Nigeria, and the best vocalist award was presented to team Italy. 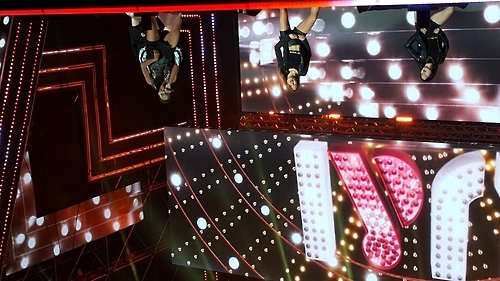 This year's competition has been ever so fierce in both sections, performance and singing.

A total of 15 teams, who topped the preliminaries in the regional competitions in 65 countries around the world, made their last sprint for the top title in the K-pop big event.

The K-pop competition, the largest of its kind, is hosted by the Ministry of Foreign Affairs, state-run television broadcaster KBS and the Korean Culture and Information Service to further spread "hallyu," or the global following of Korean pop culture.

Frenzy swept the audience for every announcement. Those whose favorite team won a prize gave thunderous screams. Some made noise in protest when the team of their choice did not win a well-deserved honor. 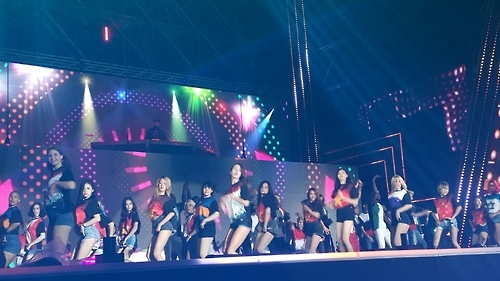 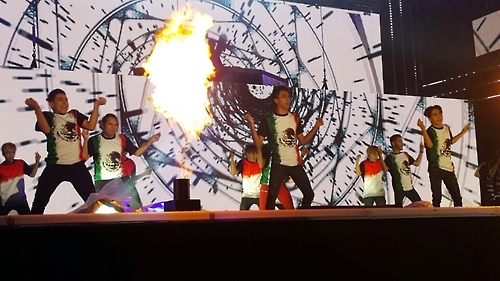 Among the participating countries in the sixth edition of the festival were Nigeria, Nepal, Russia, Malaysia, Mexico, the U.S., Vietnam and Sweden, as well as Israel, Italy, India, Indonesia, Japan, China and Hungary.

The competition is divided into two sections, stage performance and vocal performance. Last year's No. 1 crown went to the Nigerian team for its outstanding performance of "Dope" by South Korean boy band Bangtan Boys. 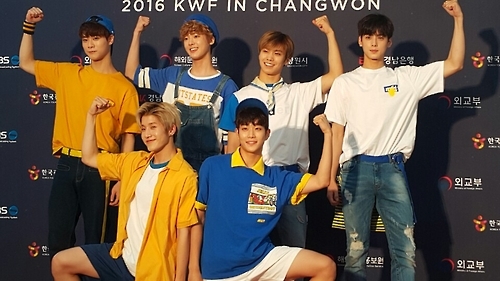 The global K-pop event was live-broadcast in some 100 countries via television broadcaster KBS and its broadcasting app "KBS myK," as well as through online broadcasting platforms Naver Cast and YouTube.

Changwon Mayor Ahn Sang-soo and officials from S.M. Entertainment, the largest entertainment agency in South Korea, were also present at the event.

In his opening address, Ahn said, "S.M. Entertainment gave its word to pick outstanding performers and foster them as K-pop musicians," arousing frantic cheers from the international audience.

"I hope the global popularity of K-pop will blast like flames, to have more world talent make efforts to become excellent K-pop artists," the mayor added. 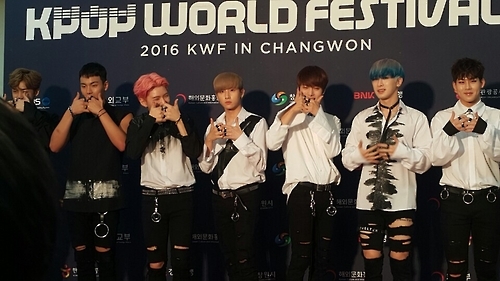 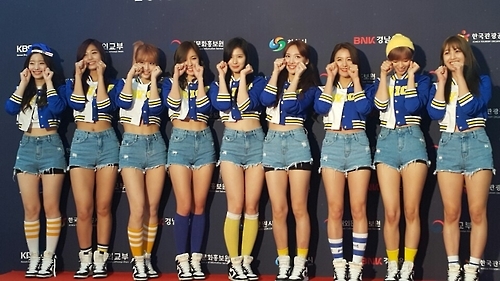