According to the data compiled by industry tracker FnGuide, the South Korean tech giant is set to post an operating profit of 7.5 trillion won (US$6.79 billion) over the July-September period, down 6 percent from 8 trillion posted a quarter earlier.

The company's sales are estimated at 51 trillion won, slightly up from 50.9 trillion won posted in the second quarter, it added.

Industry watchers said the estimate is better than expected as the recall of its latest handset over faulty battery was earlier anticipated to deal a harsh blow to performance.

The company first kicked off sales of the much-awaited phablet on Aug. 19, but sales were suspended shortly afterward due to reports of some handsets catching fire while charging. Sales resumed on Saturday with the new Note 7 having new batteries.

The second quarter marked the first time in nine quarters for Samsung to post an operating profit hovering above the physiologically important level of 8 trillion won.

Industry watchers earlier widely expected Samsung to post earnings beyond 8 trillion won in the third quarter before the outbreak of the battery issue.

Samsung's chip business, on the other hand, is expected to have performed well, offsetting some of the losses made in the handset segment. 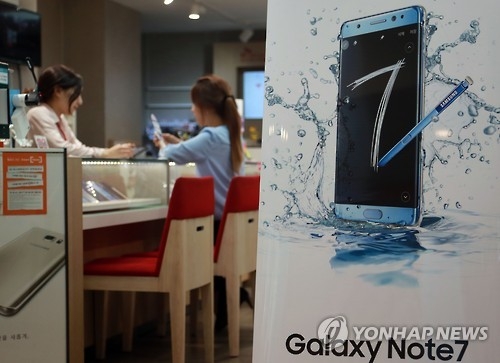