SEOUL, Oct. 2 (Yonhap) -- Three public hospitals in the Philippines reopened in July after being expanded and renovated for 13 months, with financial support from South Korea's state-run aid agency.

The Korea International Cooperation Agency (KOICA) said Sunday that the renovation is part of the agency's regional health improvement program that started in 2013 with a total budget of US$7 million.

The three hospitals, located in Aleosan, Balasan and Calinog in the Iloilo province in the region of Western Visayas, are now fitted with more beds and state-of-the-art medical equipment that is expected to help the surrounding neighborhoods get better health care services.

Last Tuesday, KOICA and Iloilo province held an opening ceremony at the Aleosan District Hospital. The event was attended by some 200 people, including Kim Jae-shin, Korean ambassador to the Philippines; Shin Myung-sub, head of KOICA's Philippines office; and Iloilo Gov. Arthur Defensor Sr., as well as local health officials and community leaders.

"I am very delighted that the South Korean government was able to participate in the effort with the Iloilo province to improve maternal and child health care," said Ambassador Kim. "Basic health care should be given to everyone regardless of social and economic backgrounds."

Gov. Defensor said: "The environment of the three hospitals has improved vastly. We will keep working closely with the central government to allow the poor in the area to use those hospitals without worries over cost." 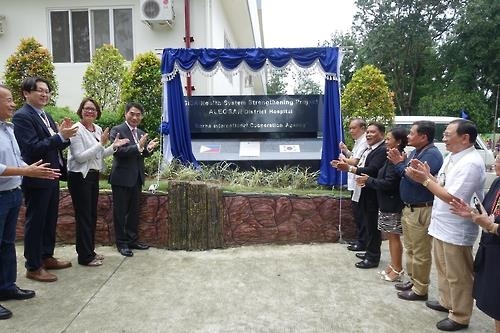 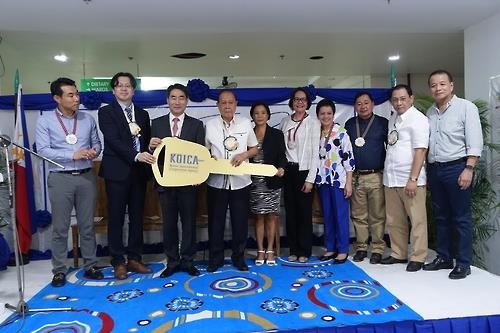