The aftershock took place at 8:53 p.m., with the epicenter located some 10 kilometers southwest of the historical city, according to the Korea Meteorological Administration (KMA).

No damage or casualties have been reported, the weather agency said.

On Sept. 12, the city, located some 371 km southeast of Seoul, was rocked by two quakes, one of which was magnitude 5.8, the strongest to hit the Korean Peninsula to date.

Sunday's quake was one of the stronger aftershocks among 455 tremors detected since the two major quakes hit the country, the meteorological agency said. 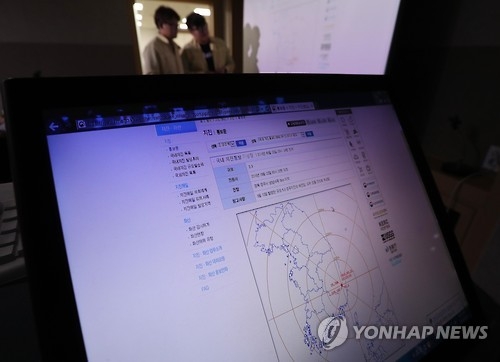