SUWON, South Korea, Oct. 3 (Yonhap) -- A South Korean governor who is believed to be a potential presidential candidate for the ruling party has said the country should prepare for nuclear armament in the face of North Korea's growing nuclear threats.

Gov. Nam Kyung-pil of Gyeonggi Province made the remarks in an interview with Yonhap News Agency Sunday, citing concerns the United States may withdraw its nuclear umbrella from over South Korea. 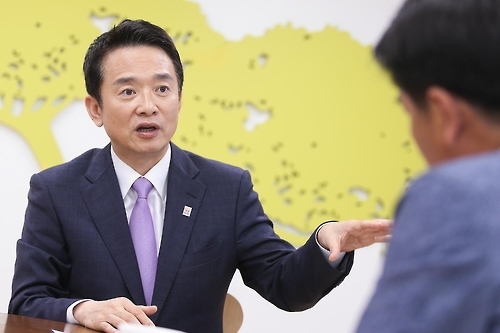 The governor argued that although nuclear weapons can't be obtained immediately, South Korea can start discussing the issue with the U.S. after preparing for it internally.

On the South Korea-U.S. military alliance, Nam claimed there has been a shift in U.S. public perception toward it, which could lead to a shift in Washington's nuclear umbrella policy.

"If Trump wins the election, this change in the nuclear umbrella policy could very quickly become a reality, and even if Trump isn't elected, the issue will resurface in U.S. political circles because the U.S. public perception has already shifted a lot," he said, expressing concern that South Korea does not appear to be prepared for such an event.

The governor also raised the issue of OPCON, or the wartime operational control of South Korea's military. Under the Seoul-Washington alliance, a U.S. commander will have control over South Korean troops in the event of a war with North Korea. The two sides originally planned to transfer OPCON to Seoul in December 2015, but later postponed the move to an unspecified date in the mid-2020s. 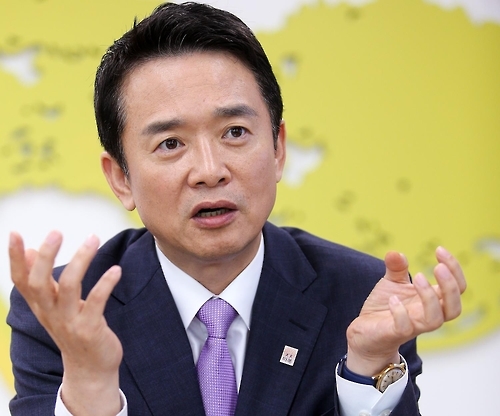 "For now, this means (the U.S.) will not transfer OPCON, and only do it when the North Korean nuclear issue is somewhat resolved," Nam argued. "There's talk in the U.S. of a unilateral preemptive strike against North Korea. If this happens, we'll have no voice without OPCON. North Korea doesn't want to recognize us as a dialogue partner, saying we don't even have OPCON."

Nam proposed holding South Korea-U.S. security talks at the start of the next administration to discuss the issue of retaking wartime control.

"We must change the current structure under which our people's lives and safety are beyond our control," he stressed. "In this new (security) environment, the government and the political circles must join hands. The president should also demonstrate a leadership of joint governance at this critical time."

Nam added, however, that he is a firm believer in the denuclearization of the Korean Peninsula and opposes war.
(END)