SEOUL, Oct. 3 (Yonhap) -- Rival parties agreed Monday to extend the annual parliamentary audit of the government by four days to make up for time lost in a boycott last week.

The vice floor leaders of the ruling Saenuri Party, main opposition Minjoo Party of Korea (MPK) and the minor opposition People's Party made the announcement in a joint press conference at the National Assembly, saying they had reached an agreement to hold the audits through Oct. 19.

The Saenuri Party boycotted the first week of audits in protest of the National Assembly's passage of a motion to dismiss new Agriculture Minister Kim Jae-soo. Kim, who took office early last month, has been accused of various ethical lapses. 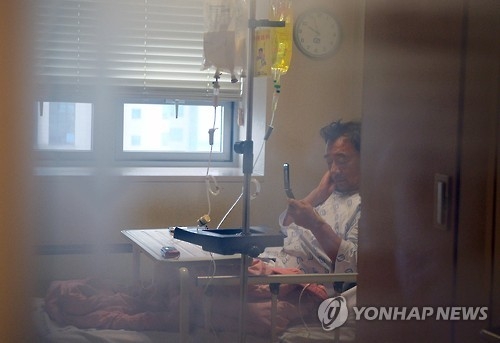 "We agreed that if we carry out the audits through Oct. 19, we'll be able to complete them without a problem, albeit belatedly," Rep. Park Wan-joo, vice floor leader of the MPK, said during the press conference.

Rep. Kim Do-eup, his Saenuri counterpart, demanded the MPK also address the ruling party's proposal for a revision of the National Assembly Act, under which a parliamentary speaker would be punished for violating his duty to remain politically neutral.

The ruling party has accused Speaker Chung Sye-kyun, who is originally from the MPK, of breaching that duty by supporting the dismissal motion.

"We have no plans yet to consider the amendment," Park said.

Saenuri chief Lee Jung-hyun, who began a hunger strike last Monday to protest the opposition campaign, was admitted to a hospital Sunday.