Fresh FDI committed to the country in the January-September period came to US$15.05 billion, up 13.4 percent from $13.27 billion a year earlier, according to the Ministry of Trade, Industry and Energy.

It marked the largest amount of FDI pledged in history for a nine-month period, surpassing the earlier record of $14.8 billion tallied over the same period in 2014.

The amount of new FDI arriving here, however, tumbled 40.2 percent on-year to $6.68 billion over the cited period due to a one-off factor.

"FDI commitments are important data that show foreign firms' intention to invest in South Korea," the ministry said in a release. "They gave good points on South Korea's economic fundamentals and potential despite internal and external uncertainties like a slowdown in the world economy and North Korean provocations."

New FDI pledges from the European countries nearly tripled to $5.32 billion during the nine-month period from a year earlier on a rise in investments in the petrochemical and financial service segments, accounting for 35.3 percent of the total FDI commitments.

U.S. firms made investments worth $3.07 billion over the cited period, up 3.2 percent from a year earlier, while new FDI pledges from China also climbed 8.7 percent on-year to $1.66 billion.

The trade ministry expected a prolonged economic slump and an apparent rise of trade protectionism to dampen investor sentiment throughout the world in the second half.

The United Nations Conference on Trade and Development (UNCTAD) forecast that the world's FDI will likely fall by up to 15 percent this year, while the International Monetary Fund cut its earlier world growth outlook to 3.1 percent from 3.4 percent. 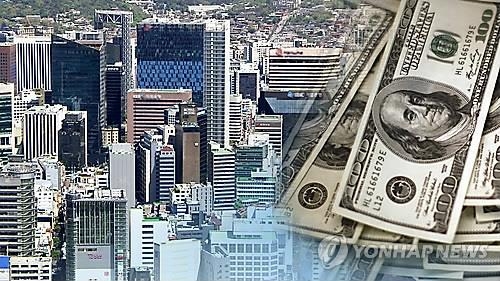