The Bank of Korea said it has carried out no task on a currency redenomination since 2004 when the government decided to put off discussions on the issue. 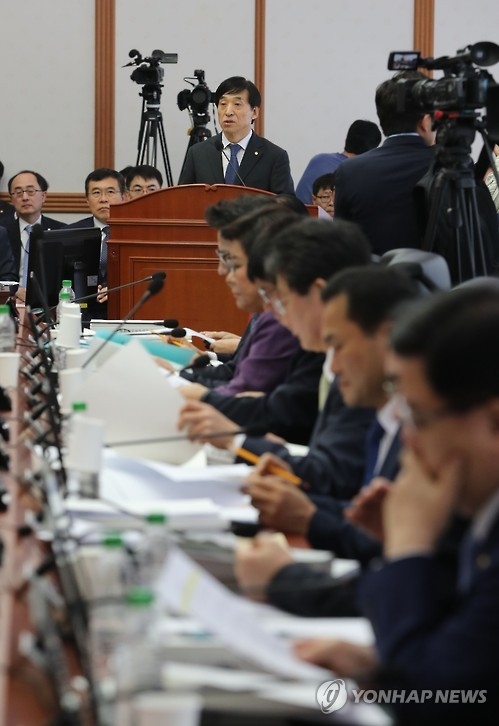 Finance Minister Yoo Il-ho said in June that the government has no plans for a redenomination, noting it could cause great confusion.

Redenomination refers to adjusting the nominal value of the Korean won. Currently, the won is higher than other currencies in terms of value. South Korea's highest denomination bill is 50,000-won, which is worth US$45.

The BOK said in-depth discussions by the government and a public consensus should be in place for a redenomination as it is a grave issue that can affect the economy.

"A cautious approach is needed for a redenomination due to heightened economic uncertainties at home and abroad," the BOK said in a report to Kim Jong-min, a lawmaker of the main opposition Minjoo Party, for an annual parliamentary audit of the BOK.

The central bank said a redenomination could offer public convenience in calculation and enhance the status of the Korean currency abroad.

Still, a redenomination can cause public inconvenience in the process of adjusting to new bills and a possible hike in consumer prices and spread psychological anxiety among economic players, the BOK said.